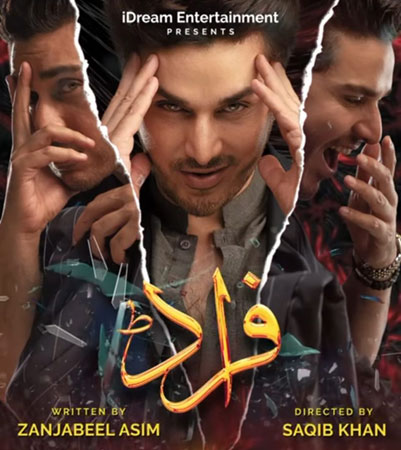 His performance as a swindler in the serial has gotten under the skin of viewers who are waiting for his comeuppance in the last episode, which airs on Saturday.

In the second last episode, Shajji swindled Kulsoom, the stepmother of Shaan and went with her wealth. His act of betrayal affects her health. However, tables will eventually turn on Shajji in the last episode when Maya (Saba Qamar) will confront him over what he and his family did to her.

The last episode of ‘Fraud’ will air on Saturday at 8PM PST on ARY Digital.

Ahead of the finale, Ahsan Khan shared a video of him lip-synching the drama’s soundtrack by Ali Zafar and Hina Nasrullah on Instagram and it went viral. The clip has thousands of likes from fans and admirers.

It is pertinent to mention that he revealed his character’s first look from the drama in an Instagram reel. Ahsan Khan has proved himself as a force to be reckoned with in the drama industry. His performance in ‘Meray Dard Ki Tujhe Kya Khabar’, ‘Qudrat’, ‘Kabhi Kabhi’, ‘Meri Ladli’, ‘Neeyat’ and ‘Omer Dadi Aur Gharwale’ has been praised by fans and critics.

Zanjabeel Asim Shah has written the drama. Its direction is helmed by Saqib Khan.