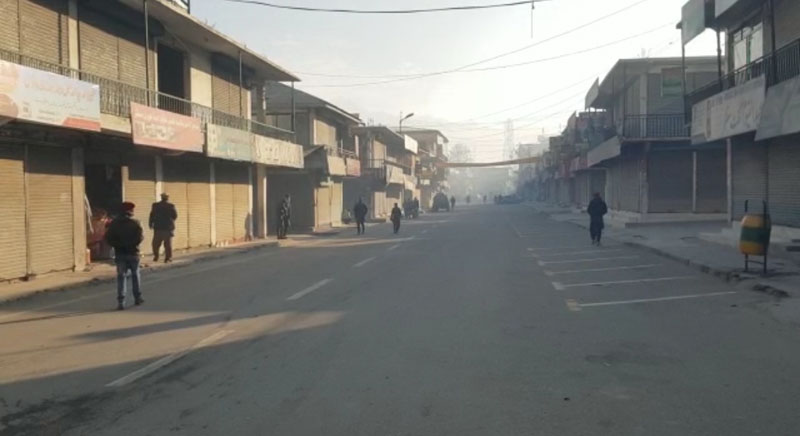 Gilgit-Baltistan observed a shutter down strike on the call of Awami Action Committee amid power shortage, wheat crisis and land reforms. All business centers remained closed while most of inter-district traffic also blocked due to thestrike. Awami Action Committee staged a protest at Ittehad Chowk Gilgit, Danyore Chowk and in different districts of GB. Protesters demanded emergency steps to provide electricity to GB . They said the government is imposing taxes in different shapes day by day which is against the constitutional framework as GB hasn’t been included in the constitution and has been managed through Presidential Orders.

Faizan Mir, general secretary and Afaq Balawar, spokesperson to Awami Action Committee told Daily Times that there’s no proper policy and legislation on lands in Gilgit Baltistan which gives benefit to government and land mafia. It’s need of the time to introduce pro-public laws regarding the barren lands of GB. Public is not ready to give a single inch to the government without compensation. Grabbing land with powers should be discontinued in GB. FIR had been launched against 7 innocent people of Minawar Valley who protested just to protect their land , which is injustice with innocent people and FIR should be abolished otherwise the same should be launched against AC Gilgit who reached the Minawar Valley with heavy forces and tried to frighten the people. They said this protest is an inscription on the wall against government policies and the GB Government should accept public demands otherwise the next step will be harsh and the government will be responsible for any mishap. Earlier on the call of Awami Action Committee and markazi anjuman tajiran, GB observed a complete shutter down strike in Gilgit. All business centers remained closed while the Awami Action Committee staged protests in different chowks of the city and different districts of GB.