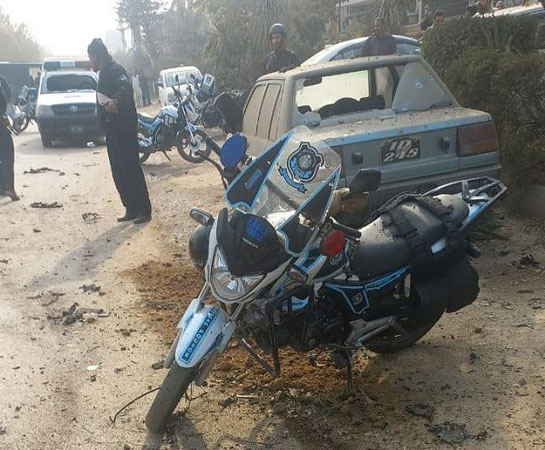 “The banned Tehreek-e-Taliban Pakistan (TTP) accepted the responsibility for the attack,” the minister told a private TV channel, about the incident, which claimed the life of a policeman and wounded several others. He said the “taxi driver is innocent”, and he was not involved in the attack as the suspects had taken the cab on rent from him. The suspects, according to Sanaullah, travelled from Kurram Agency to Rawalpindi.

“We have rounded up four to five suspects and their handlers have also been apprehended,” the security czar said as several embassies – including the United States, Saudi Arabia and Australia – warned their citizens not to travel unnecessarily in the federal capital. The first was the US, which advised its mission personnel to avoid “non-essential and unofficial” travel in the federal capital throughout the holiday season. Later, other countries issued similar advisories. Pakistan is battling a fresh wave of terrorism after the outlawed TTP announced ending a ceasefire with the country and upped attacks on civilians and security forces alike. As many as nine intermittent blasts hit Balochistan leaving five soldiers, including a captain, martyred and injuring 15 others on Sunday.