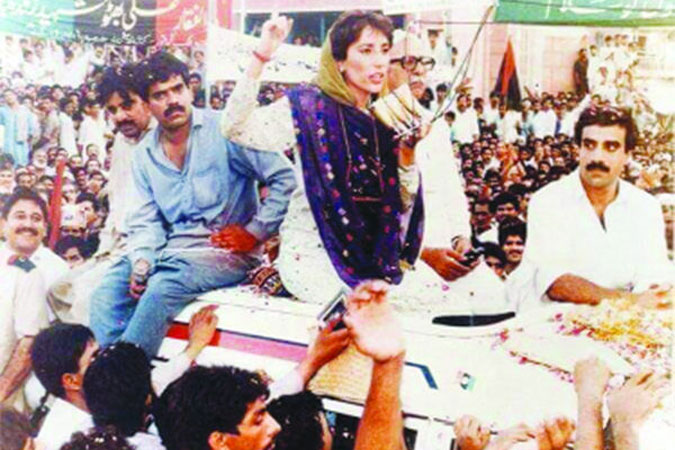 December 2022 marks 15 years of losing the Muslim World’s first female prime minister, Shaheed Mohtarma Benazir Bhutto. She was a symbol of the federation, championing the cause of democracy. Her loss was not any one party’s loss but it created a vacuum in politics at the national level and her death only benefited the enemies of Pakistan.

As the first woman who was elected as prime minister in the Muslim World, Mohtarma keenly felt a sense of responsibility towards women and raised her voice against any injustice.

Speaking at the Fourth World Conference on Women by the United Nations Development Programme, she said, “On this solemn occasion I stand before you not only as a Prime Minister but as a woman and a mother-A woman proud of her cultural and religious heritage, a woman sensitive to the obstacles to justice and full participation that still stand before women in almost every society on earth. As the first woman ever elected to head an Islamic nation, I feel a special responsibility towards women’s issues and towards all women.”

She introduced many projects in Pakistan that increased representation of women in our society. She created opportunities so that women could reach their full potential living in Pakistan. This was starkly different from oppression of women during Zia-ul-Haq’s regime. Both her parents groomed her to be a strong, independent woman and she was a witness to their sacrifices for democracy. As her father was hanged in what is now acknowledged as judicial murder, her mother fought alongside him and displayed great courage. Mohtarma followed in her parents’ footsteps and never faltered in the face of terrorism. She stood for democracy and stood by her people. Even after the terrorist attack in Karsaz, she decided to fight till the very end because she believed that her people deserved to be heard and their voice was represented in democracy. 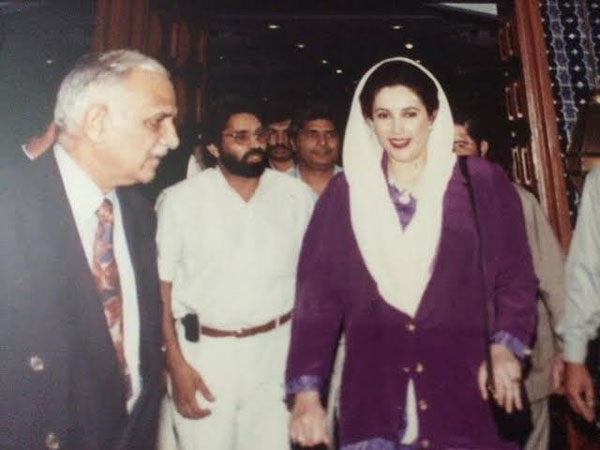 She longed to return to Pakistan. The thought of finally going back brought her a sense of great happiness. She wanted to see her people and to visit her father and her brother’s final resting places. She wanted to pray for them and perhaps she knew she wouldn’t be here for long.

I was in Lahore during that time. She asked me to come to Dubai on 1st June but I reached with a delay of ten days. She said I should have come earlier. Before leaving for Dubai, former member of national assembly from Chichawatni, Begum Shehnaz Javaid, told me that Yousaf Raza Gillani wanted to meet me. One evening in Gulberg, he arrived at Begum Shehnaz’s house. Mohtarma respected Gillani who spent five years in jail but did not compromise with General Pervez Musharraf at that time and set a great example of commitment to democracy. Committed people like Gillani supported her and on the other hand, there were some opportunists who only wanted party tickets. Regardless, she gave everyone a chance and listened to grievances of people. This was another great attribute of Mohtarma Benazir that she knew how to stay connected with her party leaders and workers.

During June, Dubai was abuzz with activity. Many notable party leaders arrived and it was a unique festival of those who desired to run elections on Pakistan People Party’s ticket. The PPP organised a birthday celebration for Bibi in a local hotel. It was held a few days before Bibi’s actual birthday and was attended by party workers and other guests visiting from Pakistan. Some people took this opportunity to request her for provincial assembly tickets.

Mohtarma’s childhood friend, Sumaiya Waheed, was visiting Dubai. She went with her on a birthday lunch in Wafi Mall at her favourite restaurant. Apart from them, Sumaiya’s sister and I also attended. We asked her why she was doing a birthday lunch before her birthday. She said she would get busy later and wanted to utilise the available time in the best possible way.

It was the first time in my memory that Bibi had not celebrated her birthday on June 21st. She claimed it was because of her busy schedule. On June 25th, she left Dubai and reached London. Her schedule was jam-packed over there; making decisions about upcoming elections and nominating people for tickets. She announced her return to Pakistan, held a farewell press conference and gave interviews to select number of journalists.

Upon her return to Pakistan, the political staff was at the forefront of all arrangements. They did not want to reveal the final date of her arrival. I had reservations related to her security in Pakistan. I did not want lifelong regrets on the issue so I mentioned my concerns but she was insistent to return. Then the worst fear occurred upon us happened on that fateful day on 27th December 2007. A voice of millions of people was silenced.

Shaheed Mohtarma believed in reconciliation and dialogue who encouraged positive and constructive way of thinking. Bilawal Bhutto is now following in his mother’s footsteps and I am sure she must be proud of his work as the foreign minister of her beloved country. He is dealing with unique challenges related to climate crisis, devastating floods and precarious economic conditions. Bilawal understands the risks and challenges in politics and he is steadfast, knowing it is a long haul process. Mohtarma’s legacy continues to live on through her son and her memory continues to live in the hearts and minds of the people of Pakistan.