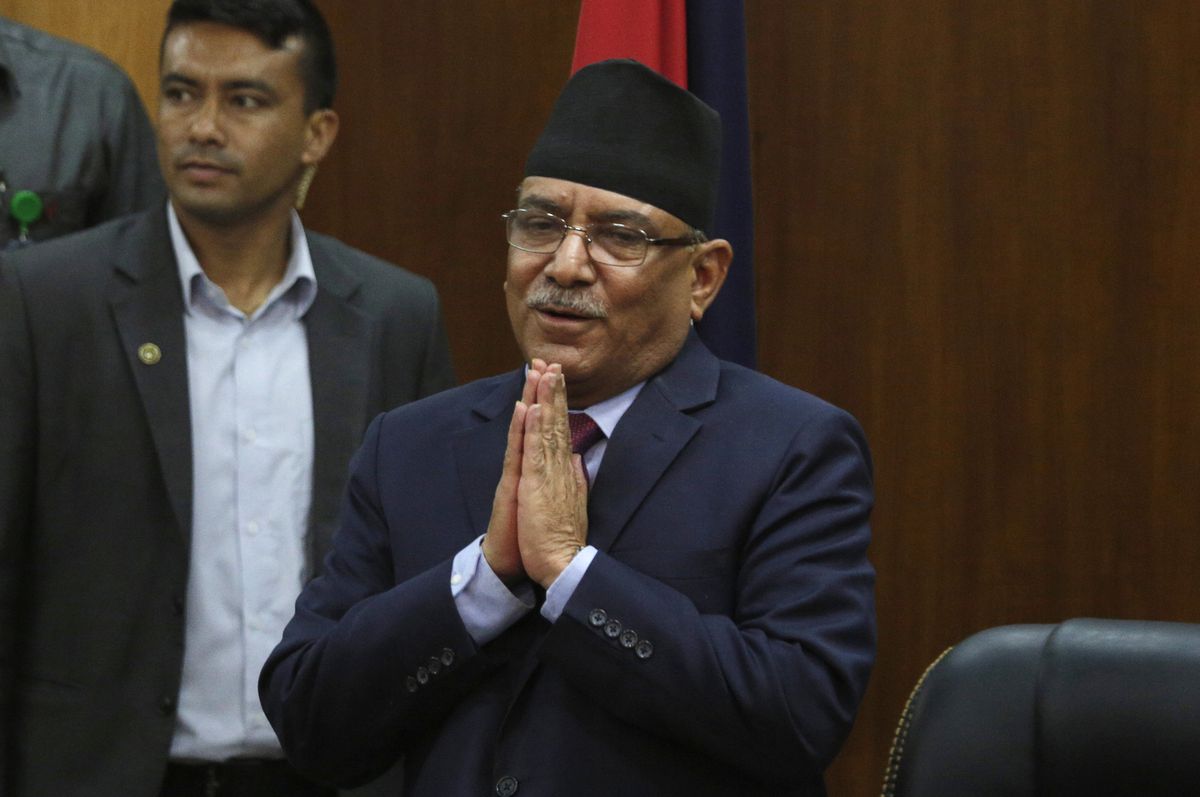 A former Maoist guerrilla who led a decade-long insurgency against Nepal’s Hindu monarchy was on Sunday appointed prime minister for a third time, in alliance with the main opposition after last month’s election returned a hung parliament.

Pushpa Kamal Dahal, who still goes by his nom de guerre Prachanda — meaning “terrible” or “fierce” will head the new government for the first half of the five-year term with the support of the opposition Communist Unified Marxist-Leninist (UML) party and some other smaller groups, party officials said.

“He has been appointed and commands the support of a big majority of parliament,” Tika Dhakal, an aide to President Bidhya Devi Bhandari told media.

Prachanda, who replaces Sher Bahadur Deuba of the Nepali Congress party, will step down in 2025, making way for the UML to take over the office, local media reported.

“This is the understanding. Remaining work of distribution of key other posts and ministries is still to be worked out,” Dev Gurung, the general secretary of Prachanda’s Maoist Centre party told media after a meeting of the new coalition.