Ukraine to call for Russia’s removal from UN Security Council 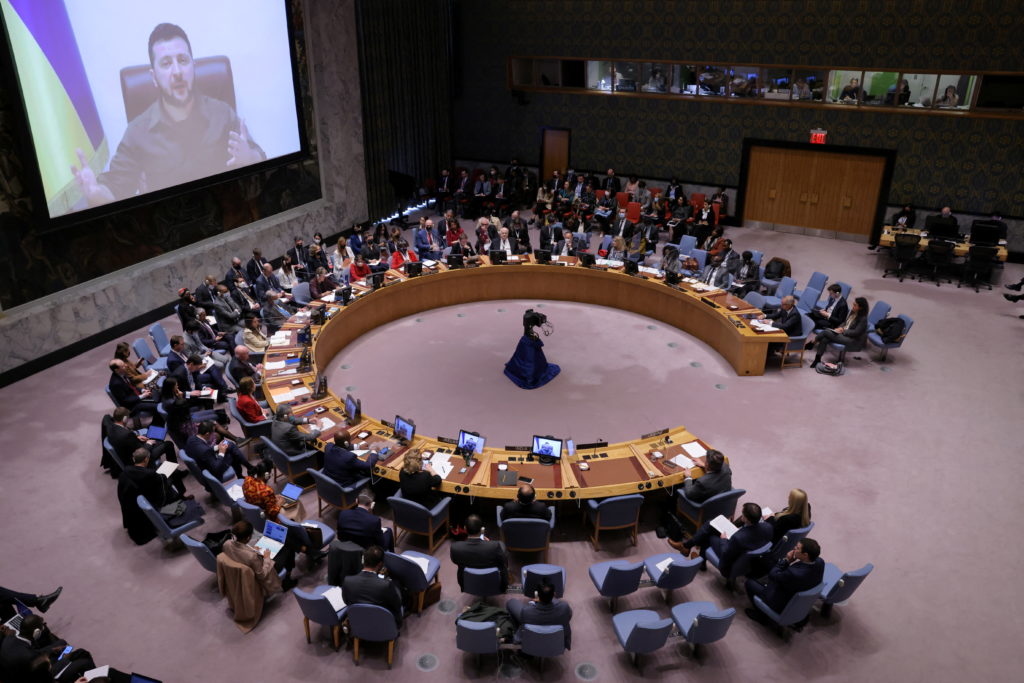 Ukraine is planning to call for Russia to be removed as a permanent member of the United Nations Security Council on Monday, Ukrainian Foreign Minister Dmytro Kuleba said.

“Tomorrow we will officially express our position. We have a very simple question: Does Russia have the right to remain a permanent member of the UN Security Council and to be in the United Nations at all?” he said, speaking late Sunday during a national television marathon.

“We have a convincing and reasoned answer — no, it does not.”

Kuleba said the question of Russia’s veto-wielding permanent seat in the UN Security Council — also held by the United States, Britain, France and China — was already being discussed around diplomacy circles.

“These issues are not yet discussed at press conferences and in public statements by the leaders of states and governments, but at a lower level, people are already asking the question — what Russia should become like in order not to pose a threat to peace and security,” he said.

But the permanent five — who all carry veto power that can block any resolution — reflect the power dynamics at the end of World War II.

Countries have long pleaded for reform of the Security Council, with some criticising the lack of representation when it comes to permanent seats for African and Latin American countries.

The body can also be rendered impotent by a single veto-wielding member — as was shown in February when diplomats carried on reading pre-written statements just as Russia started bombarding Ukraine.

US President Joe Biden in September said he supported an expansion of the Security Council and for it to “become more inclusive” — a rare call for action from Washington, given that it famously bypassed the Council to invade Iraq during George W. Bush’s administration.

They have turned to another UN body — the 193-member General Assembly — to seek condemnation of the Kremlin’s actions.