Not over until over 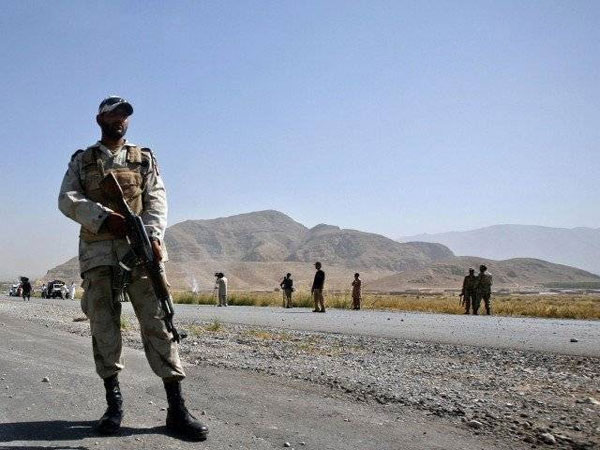 Five Pakistan Army personnel, including a captain, were martyred in a blast an improvised explosive device (IED) blast during a clearance operation in Balochistan’s Kahan area, the military said on Sunday.

According to the Inter Services Public Relations (ISPR,) the operation was underway since Saturday when the IED exploded close to the leading military party.

“Resultantly, Captain Fahad along with four other brave sons of soil, Lance Naik Imtiaz, Sepoy Asghar, Sepoy Mehran and Sepoy Shamoon, embraced martyrdom, laying their lives in defence of the motherland against an externally perpetrated threat of terrorism,” the ISPR said. It said that a sanitisation operation was underway in the area to apprehend the perpetrators.

“Such cowardly acts by inimical elements cannot sabotage the hard-earned peace and prosperity in Balochistan. Security forces remain determined to challenge their nefarious designs, even at the cost of blood and lives,” the ISPR said.

The responsibility for the attack was claimed by the banned militant Balochistan Liberation Army (BLA) group. Earlier in the day, the ISPR said a terrorist was killed and a soldier martyred during an exchange of fire between militants and security forces in an intelligence-based operation (IBO) in Sambaza area of Balochistan’s Zhob district.

According to a statement issued by the ISPR on Sunday morning, the operation, launched on the basis of “credible information”, was continuing for the last 96 hours.

The objective was to “deny terrorists the use of few suspected routes to move across the Pakistan-Afghanistan border to sneak into KP (Khyber Pakhtunkhwa) along the interprovincial boundary and target citizens and security forces,” the ISPR added. As a result of the continuous surveillance and sanitation of the area, a group of terrorists was intercepted in the early hours of Sunday, the ISPR said, adding that “during the establishment of blocking positions to deny the terrorists escape routes, the militants opened fire on the security forces.”

In the ensuing exchange of fire, a terrorist was killed while Sepoy Haq Nawaz was martyred. Two soldiers were injured in the gunfight, the ISPR statement said. It added that the terrorists were supported by their facilitators from across the border as well through firing and that the sanitisation operation continued in the area to apprehend the remaining perpetrators.

Balochistan Health Department media coordinator Dr Waseem Baig later confirmed in a media talk that four people had sustained injuries in the incident. Later in the day, Senior Superintendent of Police (SSP) Abdul Haq Umrani said that a policeman was injured after a grenade attack on a police checkpost in the Chalo Bawari area of Quetta’s Satellite Town. Dr Baig said that at least eight people were injured in the Satellite Town blast.

Meanwhile, Lasbela SSP Dostain Dashti said three people were injured from a grenade blast in front of Saddar police station in Hub. Separately, Khuzdar SSP Fahad Khosa said a police mobile was targeted in a grenade attack in Khuzdar district’s Jilani Chowk but no one was injured, adding that the vehicle and nearby shops were damaged in the attack.

In the fifth grenade blast of the day, Kech SSP Mohammad Baloch said the incident occurred in Taleemi Chowk in Kech District’s Turbat. He added that there were no injuries and the police were investigating the incident.