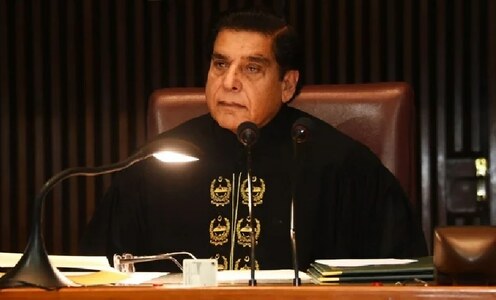 Commenting on news reports regarding PTI’s decision to appear collectively in the chamber of the Speaker and confirm their resignations from their respective NA seats, the spokesperson drew attention to the letter written by the National Assembly Secretariat on December 22, 2022 to PTI Vice Chairman Shah Mehmood Qureshi.

He recalled that Speaker had invited the PTI lawmakers in June to appear before him for verification of the resignations, but no one turned up.

While welcoming the possible return of the PTI members, who had submitted their resignation from the National Assembly earlier this year, the spokesperson also recalled the contents of the letter to Shah Mehmood Qureshi, saying that PTI MNAs were being summoned individually and in person to confirm the resignations as per the contents of letter.

Under paragraph (B) of sub-rule 43 of the Rules of Procedure of the National Assembly, 2007, the speaker is required to satisfy himself that the “letter of resignation of an MNA is voluntary and genuine”, the spokesperson added.