Dissolution in a week or two 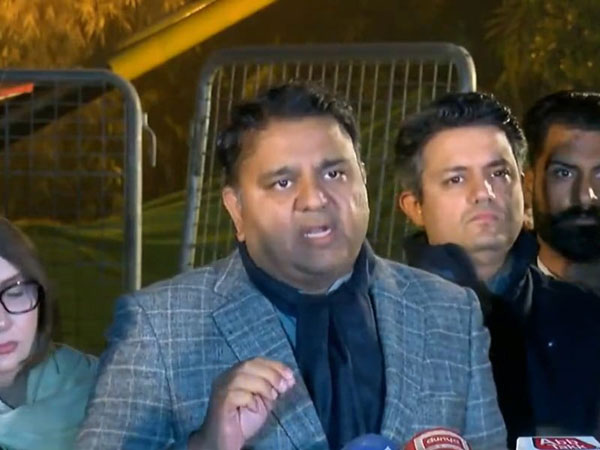 Pakistan Tehreek-e-Insaf (PTI) senior leader Chaudhry Fawad Hussain on Friday said that both Khyber-Pakhtunkhwa and Punjab assemblies would eventually be dissolved whether it takes a week’s time or two. He was speaking to the media after the Lahore High Court (LHC) reinstated Chaudhry Pervaiz Elahi as Punjab chief minister after getting assurance from the PTI-allied Pakistan Muslim League-Q (PML-Q) leader that he would not dissolve the Punjab Assembly. “Assemblies will be dissolved no matter what… whether it takes a week or two, they will be dissolved and the country will move towards general elections,” he said, adding that the PTI does not agree to the undertaking submitted in the court. Fawad said that the PTI-led coalition in the province was ready to take the vote of confidence, saying that they may even take it before the January 11 date given by the court. “We only stated that we are waiting for our MPAs that are not in the country at the moment,” he said
and added that Punjab Governor Balighur Rehman indulged in misconduct by de-notifying CM Elahi “illegally”.

Fawad Chaudhry said that rumours suggested that the provincial chief secretary was coerced into signing the notification that was issued after the governor de-notifed Elahi. “The details will come out […] the way signature was taken from him and the way that it is being said that he was locked in his office and who meted out this treatment to the chief secretary – the province’s top bureaucrat. Hopefully, he will raise his voice and elaborate on who did it.” Chaudhry lamented that the Constitution had been abandoned and the law of “might is right” was prevailing in the country. Regarding the LHC verdict, Chaudhry said it had “rightly” rejected the governor’s move to dismiss the Punjab chief minister. “We have given an undertaking to the court that we will not dissolve the assembly till the next date,” Fawad said, adding that the court had raised concerns about the assembly being dissolved after Elahi was reinstated.

Chaudhry said that the PTI did not agree with the court’s reasoning but ultimately decided to submit an undertaking “for one date [but] not beyond that”. “Ultimately, the assemblies have to be dissolved – you can take a week or 1.5 weeks but the matter will not stretch beyond that. The assemblies have to dissolve and elections have to happen.”

He said the PTI was “confident” about the vote of confidence and had only asked for time so that its lawmakers abroad could return to the country.”The restoration [of the chief minister] has proved that the governor’s notification was unconstitutional […] an unelected and selected governor can’t send an elected chief minister home,” he said.