Shahrukh Khan fails to impress yet again with ‘Pathaan’ 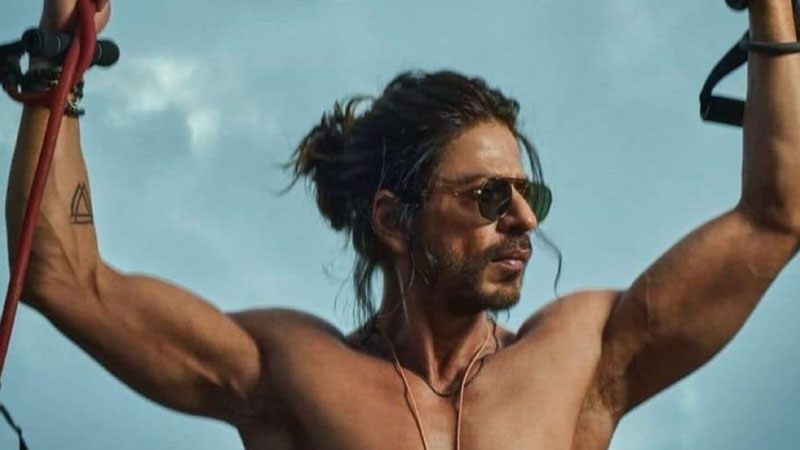 After the very controversial, ‘Besharam Rang’, the second song ‘Jhoome Jo Pathaan’ from the Shahrukh Khan starrer is out.

‘Jhoome Jo Pathaan’ from the upcoming high-octane actioner ‘Pathaan’ was released on the video platform YouTube on Thursday and yet again failed to meet the expectations of audiences.

Unimpressed fans took to the micro-blogging site to share their disappointment with the megastar. While the majority voiced several factors including lyrics, music and picturisation of the song which they claimed did not work in Khan’s favour, others were blunt about the ‘cringefest’ put up by the star against his aura and charm.

Another thrashed, “Movie toh flop hoti hi hai aapki. Iss baar gaane bhi ghatiya. Kya kare (Your movies don’t work and this time even the songs are not good. What to do)?” One of the Twitter users also drew a comparison between Khan and the ‘Top Gun: Maverick’ star Tom Cruise. She noted, “While Tom Cruise is doing impossible stunts at 60, Shahrukh Khan is making cringe like #JhoomeJoPathaan at 57. I really thought he’d bring something fresh.” Someone also requested him to “stop the johnny depp look this minute.”

‘Jhoome Jo Pathaan’ has been sung by Arijit Singh and Sukriti Kakkar, while the music is composed by power duo Vishal and Shekhar.

To note, the Siddharth Anand directorial will release simultaneously in Hindi, Tamil and Telugu versions on January 25, 2023.

The teaser released last month introduced Shahrukh Khan as Pathaan in a deadly avatar, as he put up action-packed fight sequences and made his enemies explode with powerful kicks, while the film’s heroine, Deepika Padukone, made a smashing entry in a sultry look, though not being only a pretty face in the action flick.

John Abraham was glimpsed as what seemed like a nemesis to Pathaan as they indulged in some raw action over the moving vehicles.