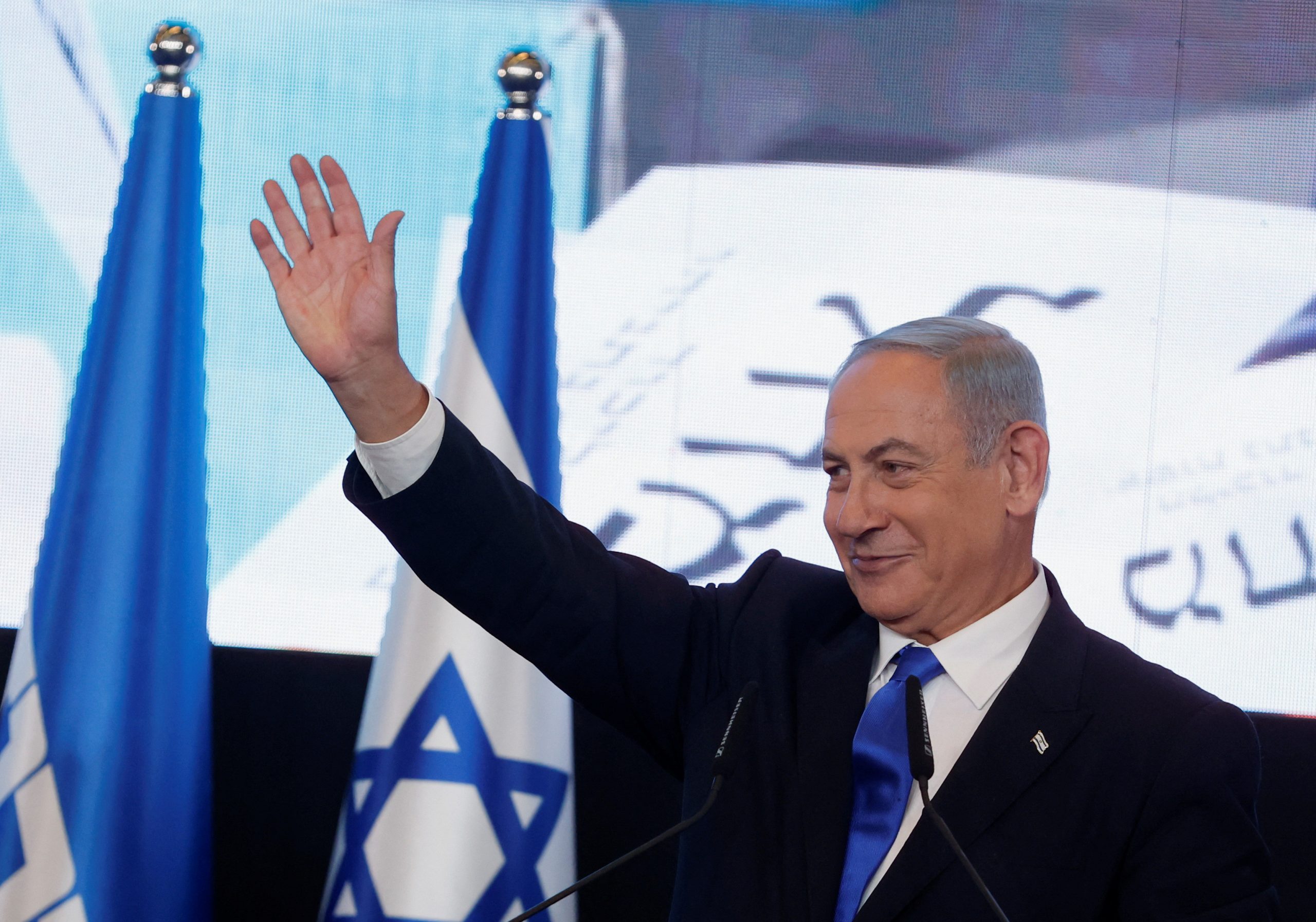 Veteran leader Benjamin Netanyahu announced that he had formed a new Israeli government on Wednesday, returning to power as the head of the most right-wing coalition in Israel’s history.

Following his November 1 election win, Netanyahu secured a mandate to form a government backed by ultra-Orthodox Jewish parties and an extreme-right bloc.

That result left him poised to end Israel’s unprecedented era of political gridlock that forced five elections in less than four years, and replace the ideologically disparate coalition that ousted him in 2021.

Netanyahu, who is fighting corruption allegations in court, has already served as premier longer than anyone in Israeli history, including a 1996 to 1999 stint and a record 12-year tenure from 2009 to 2021.

His mandate to conclude coalition talks had been set to expire at midnight.

Minutes before the deadline, he informed President Isaac Herzog by phone that he had “been able to establish a government,” a statement from Netanyahu’s office said.

The statement confirmed Netanyahu’s right-wing Likud party would govern in partnership with the main ultra-Orthodox parties and members of the extreme bloc that ran under the Religious Zionism alliance.

Some political analysts had forecast that Netanyahu, 73, would be able to announce a new government quickly after the November polls, given the ideological common ground between Likud and its partners.

But the talks dragged on, with Netanyahu forced to juggle demands for senior cabinet posts, some of which he was compelled to grant.

Among his most controversial moves was promising an expanded national security ministry to the head of the Jewish Power party, Itamar Ben Gvir, who has a long history of using incendiary rhetoric against Arabs.

It was not immediately clear when the new government will be sworn in. Netanyahu told Herzog he intended to do so “as soon as possible”.

There could be delays linked to the ongoing Jewish Hanukkah holiday and because crucial parliamentary business remains unfinished.

Aryeh Deri, leader of the Shas ultra-Orthodox party, is a key player in the new parliament who has been promised the interior and health portfolios.

But according to Attorney General Gali Baharav-Miara, Deri cannot serve in the cabinet due to past convictions for tax offences.

Parliament is expected to pass legislation to remove that obstacle, but has yet to do so even though Netanyahu and his allies control 64 of its 120 seats.

More sensitive are measures that would give Ben Gvir control over the border police, which assists the army in annexed east Jerusalem and the occupied West Bank.

Ben Gvir has been widely accused of inflaming tensions and has repeatedly urged Israeli security personnel to use more force when countering Palestinian unrest.

On Tuesday a senior United States official, speaking on condition of anonymity, said Washington was planning a meeting for early in 2023 between Israel and Arab nations that recognise it, as it pushes Netanyahu’s incoming right-wing government to show restraint.

She said some of the measures threatened to turn Israel into a “democracy in name, but not in essence”.

“The politicisation of law enforcement will deal a serious blow to the most fundamental principles of the rule of law, that is to say equality, the absence of arbitrariness and impartiality,” Baharav-Miara said.

Netanyahu may still be juggling cabinet demands from within Likud, by far the largest party in parliament. Israeli newspaper Maariv said that remained a major challenge.

“There are more demands for important portfolios than available jobs,” the paper said in a commentary Wednesday.