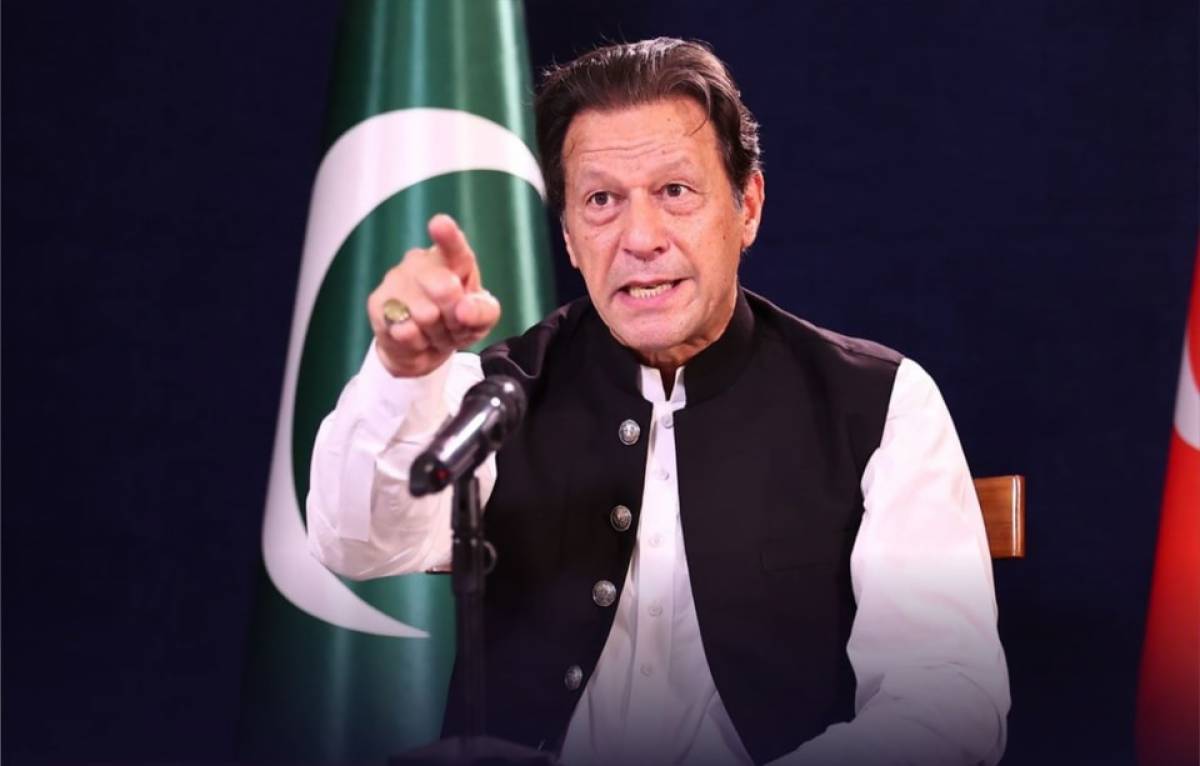 Imran Khan Thursday questioned the institution’s loyalty keeping in view the ongoing political chaos in the country that has led to a serious economic crisis in the country.

Khan, while addressing his party members and supporters via video link, reiterated his reason to dissolve Punjab and Khyber Pakhtunkhwa assemblies, adding that the country is plunging into crisis and the only solution for each and every problem is snap polls.

At the outset of his address, Khan without naming anybody said one man’s decision toppled his government, deeming it “cruelty” as the people are still suffering badly because of it.

Khan said: “One man’s animosity with my party eight months ago was why the country had plunged into a crisis”. He added that they want to “kill me in order to remove me from their way.”

“I want to remind the nation that the toppled government took the country towards economic progress,” he said.

The PTI government gave the highest growth rate in Pakistan’s history when the economy was progressing, he added. “The country’s wealth increased by 5.7% and 6% in the third and fourth year. The country had never progressed to this extent.”

The political situation in the province has remained tense for the last few days ahead of the vote of no-confidence against Chief Minister Parvez Elahi and the possible dissolution of the Punjab Assembly.

On Wednesday, Punjab Governor Baligh-ur-Rehman declared Punjab Assembly Speaker Sibtain Khan’s ruling unconstitutional and illegal. The latter had defied his directives of summoning a session on Wednesday at 4pm for a vote of confidence pertaining to Chief Minister Parvez Elahi.

Sibtain Khan, instead, termed the order against the Constitution and adjourned an ongoing session till Friday.