A human without rights? 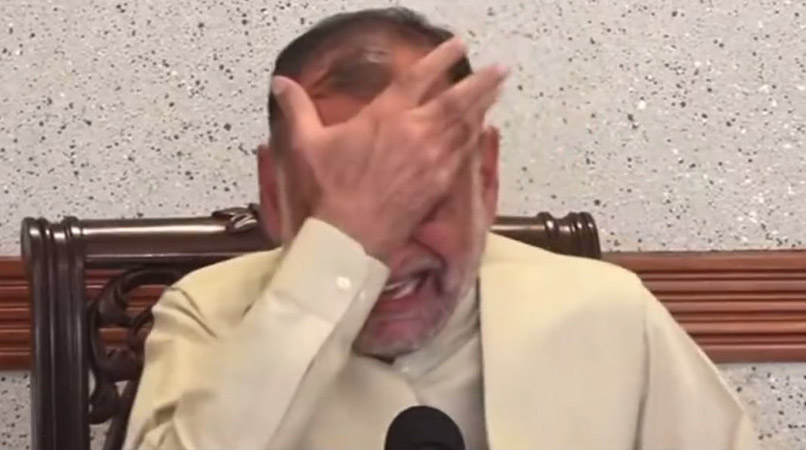 PTI Senator Azam Swati was handed over to the Sindh police in Quetta on Friday, his lawyer said, hours after the Balochistan High Court (BHC) directed the police to quash all five first information reports (FIRs) registered against him in the province over his controversial tweets against top military officials and release him if he was not booked in any other cases, a private TV channel reported. PTI leaders lashed out at the news with the party’s provincial president Qasim Suri saying the party was in the process of quashing the remaining FIRs against Swati after the BHC order when the Sindh police “abducted him in their special plane and took him to an unknown location”. PTI Vice President Fawad Chaudhry also claimed that Sindh Chief Minister Murad Ali Shah’s plane went to Quetta to collect Swati and the senator was arrested on the same charges the BHC had quashed. Chaudhry claimed Swati was brought to Larkana and then moved to Qambar Shahdadkot. “These are the human rights of a senior politician and senator of Pakistan.” PTI Secretary General Asad Umar said: “The law is being buried every day.” PTI senior leader Shireen Mazari said that it seemed from the treatment being meted out to Swati that “his use of a few intemperate words is the greatest threat to Pakistan’s security and not terrorism or Indian military ambitions”. Earlier, Justice Hashim Khan Kakar resumed hearing Osman’s plea and reprimanded the police for registering multiple cases against Swati. “Does the Balochistan IG (inspector general of police) know about the registration of these five cases?” he questioned. Police informed the judge that the IG did not know about the FIRs. Following that, Justice Kakar observed that further extension in Swati’s remand was not required and asked, “On what basis was his first remand approved?” When police reiterated the judge’s observation that Swati remand was not needed any longer, Justice Kakar remarked: “Why do police take steps because of which they and the court have to hide their faces?” He then directed police to quash all FIRs registered against the senator in the province and release him if he was not booked in any other cases. Swati was not presented before the court, but Advocate General Asif Reki, Senior Superintendent of Police (Investigation) Asad Nasir and Swati’s son, Osman, attended the hearing. Swati – who was arrested in Islamabad by the Federal Investigation Agency on November 27 for the second time in less than two months over strongly worded tweets about senior military leaders – was booked under Section 20 of the Prevention of Electronic Crime Act 2016 (Peca), which deals with offences against the dignity of a person. Separately, he was also nominated in multiple FIRs in Balochistan and
Sindh for using “derogatory language” and “provoking the people against the army”.

Following his arrest, Swati was shifted to Quetta aboard a special flight amid tight security last Friday after the judicial magistrate of Islamabad handed him over to the Balochistan police. The senator was subsequently remanded in police custody for five days on Sunday. A day later, his son, Osman Swati, approached the BHC against the FIRs registered against the senior Swati and the court had restrained the provincial government and authorities from registering any more FIRs against the senator.