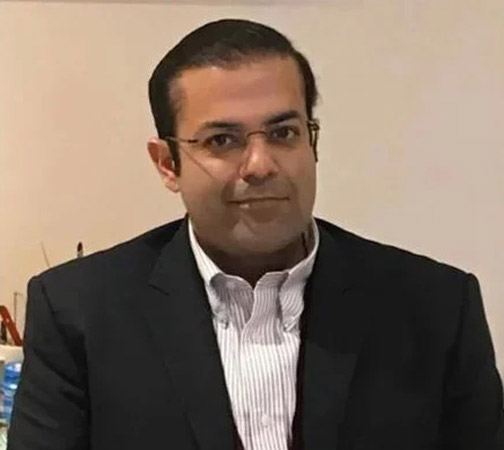 Suleman Shehbaz, the son of Prime Minister Shehbaz Sharif, has decided to return to the country and sought protective bail on Wednesday from the Islamabad High Court (IHC), a private TV channel reported. In a petition to the IHC, filed by Suleman’s counsel Amjad Pervaiz, two weeks’ protective bail was sought in a money laundering case registered against him. Suleman has stated in a petition that he is a “businessman” and has “never been a public office-holder. He also maintained that a “baseless” and “false case of money laundering” has been filed against him. The petitioner also claimed that “all shares” remain registered with the Securities and Exchange Commission of Pakistan (SECP) and that he had never received a notice from the Federal Investigation Agency (FIA). “I have been residing in the United Kingdom since 2018,” the petition stated, adding that the FIA filed a case against him in his absence.

The FIA had registered a case against then-opposition leader Shehbaz Sharif and his sons Hamza and Suleman in November 2020 under Sections 419, 420, 468, 471, 34 and 109 of the Prevention of Corruption Act and r/w 3/4 of the Anti-Money Laundering Act. In December 2021, the agency had submitted a challan against Shehbaz and Hamza over their alleged involvement in a Rs16 billion money laundering case. The FIA’s report had alleged that Shehbaz family had 28 benami accounts, which were detected by an investigation team. They claimed that money laundering of R16.3 billion was committed during 2008-18 through these accounts. The FIA had examined the money trail of 17,000 credit transactions. The report had added up that the amount was kept in hidden accounts and given to Shehbaz in a personal capacity.

The FIA had alleged that the money received from the accounts of low-wage employees by Shehbaz had been transferred outside Pakistan to his family through the illegal practice of hundi. At least 11 low-paid employees of the Sharif family were said to have been ‘guilty’ of facilitating this alleged money laundering. However, in October a special central court acquitted Prime Minister Shehbaz and his son Hamza Shehbaz in the Rs16 billion money laundering case.