UFC fighter was going to be a main ‘Cobra Kai’ villain 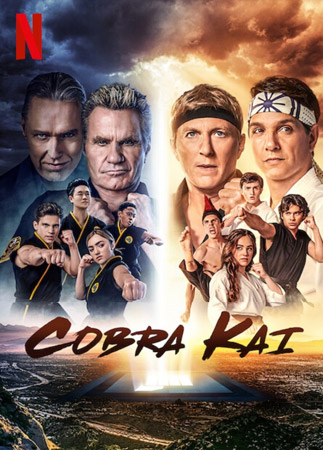 Cobra Kai season 5 almost included a UFC fighter as one of its main villains. Season 5 of the hit Netflix series took a turn, humanizing the stalwart antagonist Kreese while maintaining his edge. It did so in favour of focusing on other baddies, like the returning Terry Silver and his new partner Kim Da-Eun. By the end of the season, only two of those remained in play as the police hauled off Silver. But it sounds like the story could have gone very differently. In an interview with the New York Post, UFC fighter Stephen Thompson revealed that he was going to have a much bigger role in Cobra Kai season 5. Thompson, who has 16 wins in his MMA record, reflected on his cameo in the Netflix series and revealed that he could have been one of the season’s main bad senseis. But, because of scheduling issues, Thompson had to settle for a smaller part as Sensei Morozov in two episodes. Because of its connection with Karate Kid, much of the discussion around Cobra Kai is related to whether the Netflix series might be willing to bring back some of its legacy alums, such as Hilary Swank reprising the role of Julie Pierce, but the spinoff has a bit of a track record with cameos apart from that.