Time to judge the judges 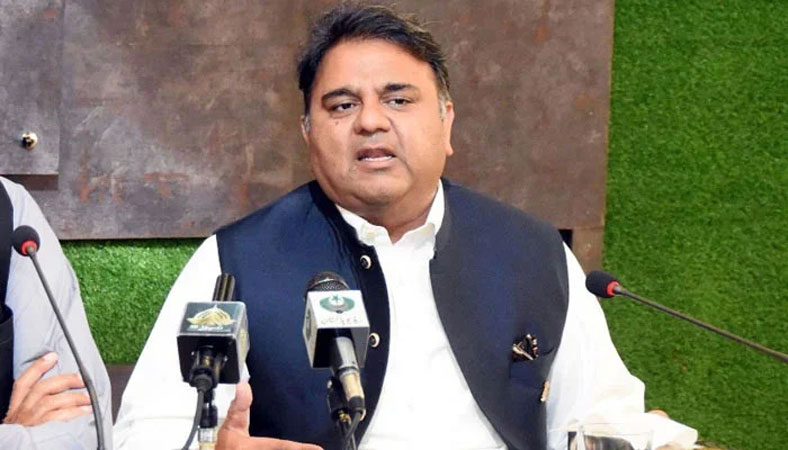 Former information minister and PTI leader Fawad Ch on Tuesday said that superior judiciary has miserably failed to discharge its fundamental duty, stressing that accountability of judges is more important than any other institution.

“Pak human rights crisis is because of inaction of Judiciary, superior Judiciary has miserably failed to discharge its fundamental duty towards people of Pak, Accountability of Judges is more important than of any other institution #ReleaseAzamSwati #ArshadShareefShaheed,” Fawad posted on his Twitter handle.

The PTI leader’s tweet came in the backdrop of arrest of party senator Azam Swati for using “derogatory language” and “provoking the people against the army”. The Federal Investigation Agency (FIA) arrested Swati over the weekend on Sunday – the second time in less than two months – over strongly worded tweets against senior military officials. Separate FIRs were registered against the PTI leader in Balochistan and Sindh. Following his arrest, the Pakistan Electronic Media and Regulatory Authority (PEMRA) prohibited media coverage of Swati on all satellite TV channels.

Separately, an Islamabad court on Tuesday extended the physical remand of Azam Swati for four days till December 3.

Swati was not present for the hearing which was presided over by Judicial Magistrate Muhammad Bashir. Babar Awan, Swati’s lawyer, contended that the senator faced life threats and should therefore be exempted from appearing in court. Accepting the request, the judge directed the authorities concerned to present the senator in court via video link for the next hearing.

On the other hand, the FIA’s counsel requested to extend Swati’s remand for six more days as further investigation was required into the senator’s mobile phone and Twitter account. However, the judge turned down the request and instead granted the FIA physical remand of the PTI leader for another four days. The hearing was later adjourned.

Swati was previously arrested by the FIA in October for a controversial tweet thought to be against the armed forces. Since being released on bail, the senator has maintained that he was allegedly tortured in custody and has demanded the removal of two military officials, one of whom he used foul language against on Twitter.

After Swati’s arrest on Sunday, it emerged that a first information (FIR) report against him was registered by the FIA on the complaint of the state through Islamabad Cyber Crime Reporting Centre (CCRC) Technical Assistant Aneesur Rehman.The complaint was registered under Section 20 of the Prevention of Electronic Crime Act 2016 (Peca) which deals with offences against dignity of a person as well as Sections 131 (abetting mutiny or attempting to seduce a soldier from his duty),500 (punishment for defamation), 501 (defamation and printing of content deemed defamatory), Section 505 (statement conducing to public mischief) and 109 (abetment) of the Pakistan Penal Code (PPC).

According to the FIR, Swati and three other Twitter accounts – @Wolf1Ak, @HaqeeqatTV_20 and @Azaadi99 – “with malafide intentions and ulterior motives, started [a] highly obnoxious campaign of intimidating tweets […] against state institutions” and senior government functionaries, including outgoing army chief General Qamar Javed Bajwa.

It said that on Nov 26, Swati shared a tweet wherein he stated that he would go after a senior military official at every forum. It went on to say that on Nov 19, @Azaadi99 shared a tweet in which held generals responsible for the country’s destruction to which Swati replied with “thank you”.