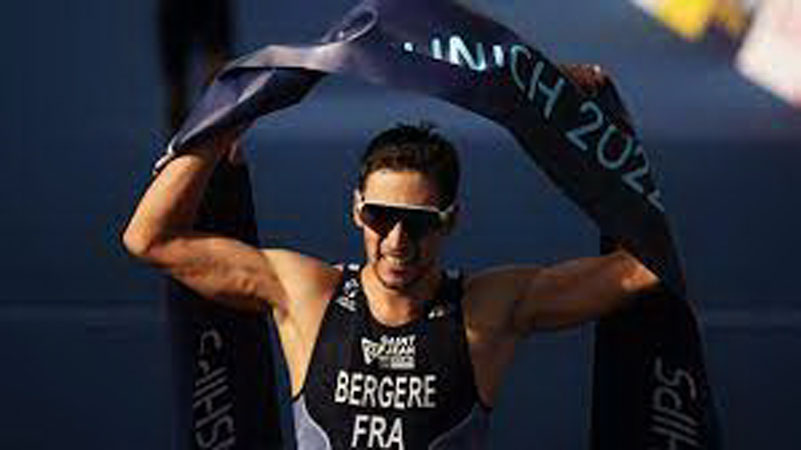 PARIS: France’s Leo Bergere was crowned triathlon world champion on Saturday in a nerve-jangling finale in Abu Dhabi with a little help from a Belgian rival. The European champion had the cards stacked against him, arriving for the season-decider in the Gulf state placed third behind New Zealand’s Hayden Wilde and Briton Alex Yee. To claim the title Bergere needed to win with Wilde finishing out of the first five and Yee off the podium. With 400m to go Wilde was champion until he was passed by Matthew Hauser. That left the title going to Yee until he was overtaken in the shadow of the post by Belgian Jelle Geens who took third to confirm race winner Bergere as world champion. Bergere said: “I just needed all the stars to align, and to do it here at the final in Abu Dhabi is incredible. Thanks to everyone in my corner.” “Leo and the French federation owe me one,” grinned Geens. The French team’s aggressive strategy worked like a dream. Bergere, 26, becomes the third French triathlete to win the world title after Olivier Marceau (2000) and Luis (2019, 2020).