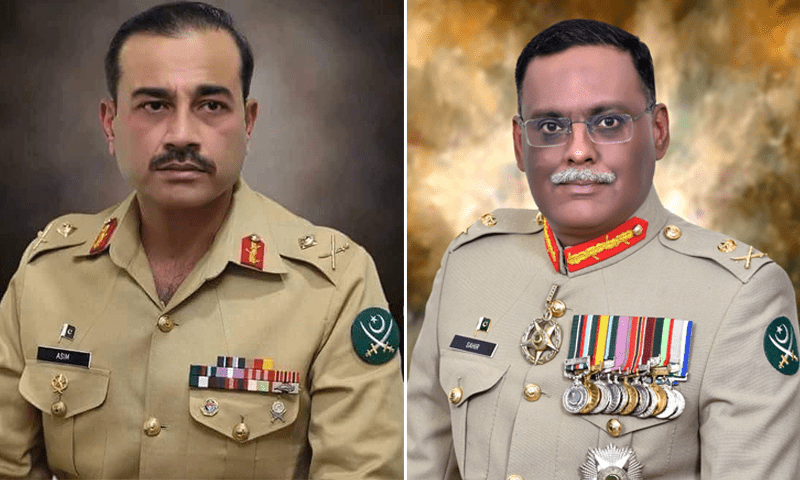 A summary in this regard has been forwarded to President Arif Alvi for approval.

The statement was made on Twitter by Marriyum Aurangzeb, minister of information, who stated that the premier had exercised his constitutional right in making the decision. Lt Gen Sahir Shamshad Mirza, she added, had been chosen to lead the Joint Chiefs of Staff Committee (CJCSC).

The Joint Chiefs of Staff Committee is a forum between the three military services that promotes collaboration. The CJCSC also acts as the prime minister’s and the National Command Authority.

Speaking to the media minutes after the announcement was made, Defence Minister Khawaja Asif said the matter had been decided according to the law and the Constitution, calling on the nation to refrain from viewing it through a “political lens”.

He expressed the hope that the president would not make the appointments “controversial” and would endorse the advice of the premier.

The defence minister reiterated that the president should endorse the premier’s advice so that a “controversy may not arise”. “This will also help our country and the economy to get on track. Currently, everything is at a standstill.”

He expressed the same in a tweet, saying that the advice had been forwarded to the president. He went on to say that it would now be a test for former premier Imran Khan where he could either strengthen the institution responsible for defending the country or make it controversial.

“This is also a test for President Alvi, whether he will follow political advice or the constitutional and legal advice,” he said. “As the Supreme Commander of the Armed Forces, it is his duty to protect the country from political conflicts,” he said about Alvi.