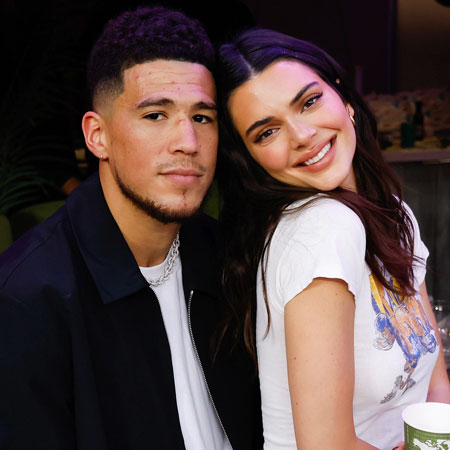 After another shot at love, Kendall Jenner and Devin Booker have called it quits.

The supermodel, 27, and the NBA player, 26, broke up last month, a source tells E! News, with the insider adding that “it was due to their busy schedules.”

E! News has reached out to reps for Kendall and Devin.

It’s no secret that Kendall and Devin’s relationship has been on and off over the last year. In fact, the duo briefly split in June after hitting a rough patch. By the following month, however, the stars were back on.

“They worked out their issues and decided they want to move forward and be together,” a separate source told E! News in July. “They moved on and it’s going really well.”

The Kardashians star and the Phoenix Suns shooting guard-who first started dating in 2020-even enjoyed a trip to Gozzer Ranch Golf & Lake Club in Idaho later in the summer, with a third source telling E! News at the time, “Kendall loves going there with Devin and being out on the water.”

In September, the pair put on a united front in New York City, attending the Marni Spring 2023 ready-to-wear runway show and the 2022 U.S. Open together.

And in late October, Kendall gave Devin a shout-out on social media in honor of his special day. Alongside a photo of the duo and a heart emoji, the 818 Tequila founder wrote, “birthday boy.”

And they’re both keeping busy following their split, with Devin’s basketball season in full swing and Kendall’s modeling career taking her around the globe.

However, Kendall did find time for a night out with her friends recently, stepping out with sister Kylie Jenner and BFF Hailey Bieber to attend ex-boyfriend Harry Styles’ concert in Los Angeles. In videos shared to social media, the trio could be seen singing and dancing along during the newly single “Adore You” artist’s show. Harry, who’s been linked to Kendall on and off since 2013, recently called it quits with girlfriend Olivia Wilde.