Kate Middleton is going to get another award 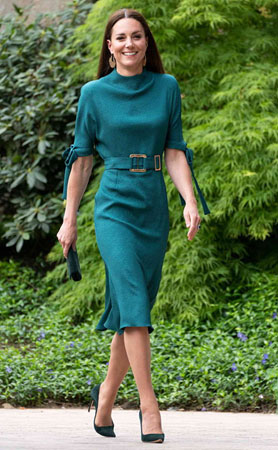 Kate Middleton, the Princess of Wales, is in line to inherit another patronage that was formerly held by the late Queen Elizabeth, according to recent reports. The Princess of Wales is reportedly going to be appointed as the Patron of the Welsh Football Association, according to a report from the Daily Mail. This news comes just a few days after Prince William was called out by Welsh actor Michael Sheen for rooting for England in the World Cup, which was held in Qatar. ‘It’s being discussed as part of a much bigger review of royal patronages,’ a source told The Express, according to the report that was published in The Express. Michael Sheen, an actor, tweeted on Tuesday that the following about Charles, Prince of Wales: “He can, of course, support whoever he likes and as President of FA his role makes visit understandable – but surely he sees holding the title Prince of Wales at same time is entirely inappropriate?” In February, Kate Middleton was honoured with the role of patron for both the England Rugby Union and the England Rugby League.