More than €35m raised for BBC’s Children in Need 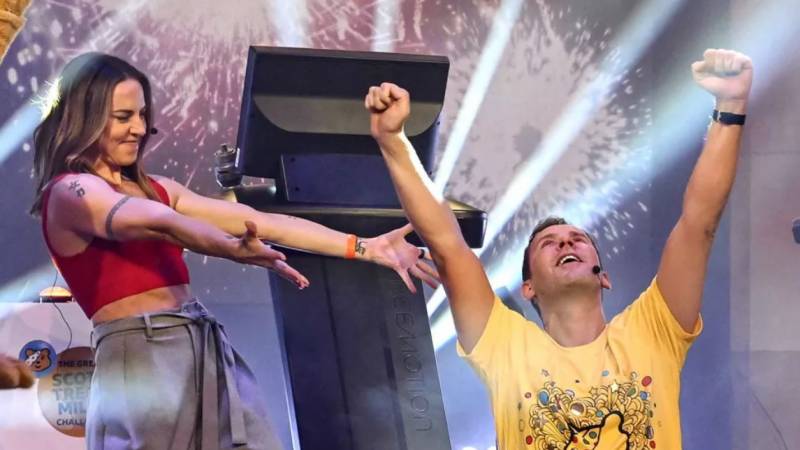 Among the celebrities who contributed to this year’s Children in Need appeal’s success were Lewis Capaldi, Graham Norton, Joe Wicks, and Diversity.

Over £35 million has been raised so far for the annual BBC One charity event, which is somewhat less than the £39 million raised in 2017. Additionally, Millie Gibson, an 18-year-old Coronation Street actress, was announced as Doctor Who’s next companion. Wicks, a celebrity fundraiser, walked a 30-mile ultramarathon while raising more than £500,000.

The show’s first presenter, comedian Jason Manford, called it “astounding” and expressed gratitude to the audience for its gifts to “the millions” of kids who will have a “difficult winter ahead.”

Mimi Webb, a singer-songwriter, opened the three-hour show on Friday by performing Ghost of You. Mason Mount, an England football player, shocked youngsters participating in a fundraiser at Wembley Stadium in a pre-recorded video. Participant in the Junior Eurovision Song Contest Freya Skye debuted her song Lose My Head live on stage.

A children’s takeover of Blankety Blank was presented by TV star Bradley Walsh on Friday as well. Maisie Smith, an EastEnders actor, and John Whaite, a contestant on The Great British Bake Off, were among the participants.

Another song by Keane, Somewhere Only We Know, was sung by the BBC Children In Need Choir.

DJ Scott Mills completed a taxing treadmill challenge before the performance to raise more than £1 million.

For 24 hours, the Radio 2 host sprinted, jogged, and even performed his iconic “crab dance” from Strictly Come Dancing.

A team of five young people who have all received assistance from Children in Need-funded programmes participated in Matt Baker’s Rickshaw Relay, another fundraising activity that was shown prior to Friday’s show.

Nick Knowles and his crew worked alongside Radio 2 presenters, volunteers, and the Leeds-based Children in Need-funded project Getaway Girls to construct a brand-new home.