In the very morbid mess of unregulated immigration lies the key to a more globalised, diversified and harmonized world, if only the industrialized nations would agree to go a little beyond their conventional tools for stemming the rot of illegal migration.

Not that these advanced countries are lacking in devices to check the flow of illegal immigration and explore ways to mobilize the source and transit states to encourage legal migration and mobility.

These states are already engaged in multiple bilateral and regional arrangements, somewhat successfully checking human trafficking, meeting their demands for human resources, and protecting the rights of the immigrant community.

Due to multiple economic factors, much of the workforce in developing countries prefers to make it to the developed world. Even those who can easily find a niche in their local market would not let go if they come across a chance to migrate.

Besides job security, there is always a growing concern in the source countries about falling economic indices, burgeoning cost of living, and lowering the standard of life. Besides, there are also some under-reported causes, such as violent social envies, fears of extortions and abduction for ransom, and class prejudices in semi-tribal societies.

The rise of religious extremism and militancy has further aggravated the living conditions for youth in poor societies vying for a peaceful and secure life abroad. This scenario can be more vividly seen throughout the landscape of Afghanistan and Pakistan, besides societies in the Middle East impoverished by wars and terror.

Advanced countries are under greater obligation to hand over a tolerant and divergent world to the future generations of mankind.

The absence of a stronger democracy-based political system and the weakness of civil society institutions further deepen the sense of insecurity in these societies.

It is in the face of these circumstances – more than mere economic compulsions – that intended migrants sell out whatever resources they have and risk their lives to reach a socially and economically more secure destination.

Industrialized nations have, no doubt, proved themselves to be more civilized and humane in their handling of developing and poor countries. While trying to fix the burden of the unregulated influx of migrants on their economies and societies, they have been equally sympathetic to the compulsions of source countries, besides protecting immigrant workers’ rights at home.

“We (European Union) are ready to ensure legal migration and mobility,” Ylva Johansson, the EU Commissioner for Home Affairs, said at a joint press stakeout with Hina Rabbani Khar, Pakistan’s Minister of State for Foreign Affairs, while concluding her two-day mission to Islamabad on Monday.

“EU is an aging community lacking in skills while Pakistan is prepared to boost legal cooperation in this regard,” she said, adding that she held useful talks with Pakistani ministers, law enforcing personnel and UN agencies based in the country.

“In a first, the European Union and Pakistan agreed to launch a comprehensive dialogue on migration and mobility. This will encompass all relevant aspects of migration management, including legal pathways for migration to Europe and addressing irregular migration and migrant smuggling and, continued enhanced cooperation on return, readmission and reintegration, through the full and effective implementation of the Pakistan-EU readmission agreement,” a statement released by EU mission in Pakistan stated soon afterwards.

Commissioner Johansson and Minister Hina Rabbani Khar agreed to intensify preparations for the launch of a Talent Partnership with Pakistan to facilitate working and living in interested EU Member States for suitably qualified Pakistani nationals, it added.

Apart from whatever tools and mechanics are available to destination nations for the purpose, there lies a host of out-of-box solutions that are very much likely to ensure a win-win situation for both the destination and the source countries and the world at large.

The destination states also include the world’s most powerful countries, which wield formidable political influence. They also enjoy clout over the United Nations and international financial institutions.

That mankind has a common destiny should, in the wake of centuries-long common experiences, should be no longer shrouded in any mystery. Terrorism and COVID-19 are just the latest examples.

Advanced countries are under greater obligation to hand over a tolerant and divergent world to the future generations of mankind. This entails equitable distribution of world resources, creation of more political awareness, promotion of economic interactions in all regions, and ensuring basic human rights in all countries of the world.

With the spectre of terrorism now closer to being bottled, visa regimes need to be made more flexible with the aim to promote people-to-people contacts, cultural linkages, and trade activities. Multi-national firms ought to create more opportunities for online work for youth in developing countries.

Though utopian in outlook, the establishment of special economic and industrial zones of industrialized states in poor and developing countries, on the pattern of Chinatowns in the United States and Canada, should also not be shrugged off possibility.

If not intended as replicas of the early 20th century colonies, these satellites will not only help provide lucrative jobs to youths in poor countries but also lower the production costs of developed countries. With a bit of abiding trust, the rich and the poor nations can make the world a common sweet home to live amicably.

The writer is an independent freelance journalist based in Islamabad covering South Asia/ Central Asia. 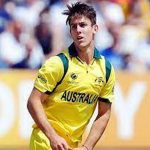 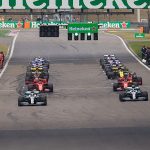 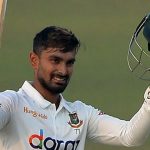 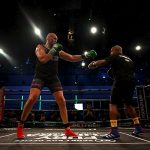 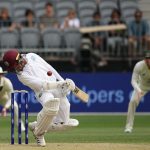