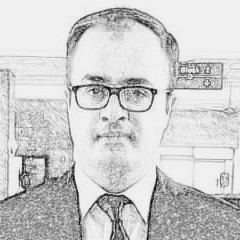 The criminal justice system is essentially an instrument of social control: society considers some conduct so dangerous and destructive that it either strictly controls their occurrence or outlaws them outright. It is common knowledge that the two major problems besieging the Criminal Justice System are the huge pendency of criminal cases and the inordinate delay in disposal of criminal cases on the one hand and the very low rate of conviction in cases involving serious crimes on the other. This has encouraged crime. Violent and organised crimes have become the order of the day. As the chances of convictions are remote, crime has become a profitable business.

In Pakistan, the prosecution, as an independent pillar of the criminal justice system, has never really developed and, hence, the role of the prosecution is that of a mere post office, communicating the investigation findings to the court. The shaky testimony-based system of investigation and prosecution allows an almost unfettered discretion to the courts in choosing which evidence to believe and rely upon and, in case of conviction, what sentence to hand out. The Pakistani courts term the process of selecting reliable evidence as “sifting the chaff from the grain,” perhaps aptly, a reference to an old agricultural method rather than a modern, reason-based one. Hearings in civil matters sometimes linger on for generations. Meanwhile, in criminal matters, lack of proper investigation and inadequate prosecution bring comfort to perpetrators of crimes. Likewise, in white-collar crimes, defective investigation and prosecution, lack of impartiality, and arbitrariness help perpetrators pass themselves off as victims of a flawed accountability process. Several key factors result in a low conviction rate but few of them can be reproduced herein:- (a) First Information Report (FIR); (b) Poor Investigation; (c) Delayed Submission of Challan; (d) Lack of Witness Protection Program; (e) Lack of Cooperation and Coordination; (f) Lack of Forensic Science Laboratories; (g) Inadequate Scrutiny and (h) Delay in Trial.

Pakistani courts term the process of selecting reliable evidence as “sifting the chaff from the grain.”

In Islamic jurisprudence and the system of administration of criminal justice, in vogue, in this country, a composition of a compoundable offence leads to and results in the acquittal of the accused person or convict concerned. To understand, in Black Law Dictionary, the definition of “Compound” includes, “To agree for consideration not to prosecute (a crime).” The meaning of the word “Compound” in the Concise Oxford Dictionary of Current English (Ninth Edition) includes “settle (a debt, dispute, etc.) by concession or special agreement,” and “condone (a liability or offence) in exchange for money, etc.”

In Pakistan, the Islamic concepts of Afw and Sulh (two different ways of compounding an offence which is made compoundable by the legislature) are an important part of our criminal law and in cases of murder and causing of hurt provide for Waiver-Afw (forgiveness without accepting any compensation) and Compounding-Sulh (compounding on accepting Badal-i-such/compensation) and Section 345, Criminal Procedure Code provides the mechanism for such compounding. There is a heap of cases, which includes high profile cases in which compromises have been done and the accused were acquitted on the sole ground of compromise between the parties but the question is whether that compromise against the act/offence, which has caused deterioration, terror and law in order situation of the whole society, are honourable? Like, in the past high profile case, “Raymond Davis” (Former US Soldier, Contractor), compromise was done when he gunned down two men in Lahore. In the aftermath of the incident, he was jailed and criminally charged by the authorities with two counts of murder and the illegal possession of a firearm. On March 16, 2011, Raymond Davis was released after the families of the two killed men were paid US$2.4 million in diyya (a form of blood money compensation in Islamic law). Judges then acquitted him on all charges. Similarly, in 2012, Shahzeb was murdered in cold blood in a revenge killing by Shahrukh Jatoi and his accomplices after the youth scuffled with the men, who had been harassing his sister. Despite being nominated in a murder case, Jatoi managed to flee the country and had to be brought back to Pakistan on court orders. Thereafter, a strange legal saga ensued, in which an ATC sentenced the accused to death for murder but the victim’s parents pardoned them later. The Sindh High Court then ordered a retrial and commuted the death sentence to life imprisonment. When the accused took their appeals to the apex court, the apex court ended up acquitting them on the ground of compromise/Settlement. It is relevant to mention here the concept of “fasad-fil-arz”:-

If such a compromise takes place, the honourable judge, after perusing the nature of the crime, can grant punishment in the context of Fasad-Fil-Arz. But unfortunately, even in high-profile cases, such acquittals based on compromise are unfathomable and a question mark on the criminal justice system. In a similar case, the family of Nazim Jokhio, murdered earlier this year, allegedly at the behest of two lawmakers, has also filed a compromise petition though the slain man’s mother had earlier complained they were being pressured by the suspects. These loopholes in the legal system need to be plugged in lest more rich and powerful convicts walk away free by “buying justice” in the name of compromise or forgiveness. There is no dearth of authority in our country where compounding of offences had been refused by the courts because of some peculiar features of those cases which fact demonstrates that the ultimate decision whether a compounding of an offence (in serious cases requiring permission or leave of the court as opposed to less serious cases involving petty offences not requiring permission of the court for the purpose) is allowed or not lies with the courts and not with the victims or their heirs Even if religious injunctions are invoked, the heirs can forgive only if the murder is not premeditated. Section 311 of Pakistan Penal Code 1860. Ta’zir, after waiver or compounding of the right of qisas in qatl-i-amd:

Notwithstanding anything contained in section 309 or section 310, where all the walis do not waive or compound the right of qisas, or if the principle of fasad -fil-arz is attracted the Court may, having regard to the facts and circumstances of the case, punish an offender against whom the right of qisas has been waived or compounded with death or imprisonment for life or imprisonment of either description for a term which may extend to fourteen years as ta’zir.

In the aforementioned cases, there was, and is, strong shreds of evidence to suggest that victims were deprived of their lives for wounding a powerful man’s pride. Life has become unsafe and people live in constant fear. Law and order situation has deteriorated and the citizens have lost confidence in the Criminal Justice System. Without the reforms in the criminal justice system, Pakistan will continue to stumble from crisis to crisis without realizing that firefighting is the wrong strategy to address deep-rooted weaknesses.

The writer is an Advocate of the High Court. He tweets @legal_bias and can be reached at shahrukhmehboob4@gmail.com.