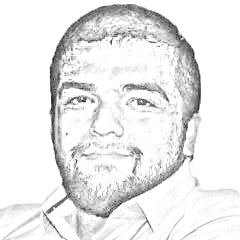 Linking violence against women with HIV and AIDS

Global literature and research shows that the relationship between violence against women and HIV risk is undeniable, complex and involves multiple pathways. Violence against women places women at an increased risk of HIV both through direct risk of infection and through creating an environment in which women are unable to adequately protect themselves from HIV. Yet even in settings with a high prevalence of HIV, the low risk of HIV transmission from a single sexual act, even with accompanying injury, makes it unlikely that rape outside the context of an intimate partnership results in a substantial population-level proportion of HIV cases. While providing HIV post-exposure prophylaxis (PEP) for rape survivors is, without question, an important human rights issue, from a population perspective, the primary burden of HIV risk from violence against and gender inequality arises through longer-acting indirect risk pathways. The first of these involves chronically abusive relationships where women are repeatedly exposed to the same perpetrator.

The HIV response in Pakistan is firmly located within the rights framework but needs to be looked at from a social perspective rather than just as a health issue. HIV issues need to be mainstreamed into gender equality issues. There exists an inextricable link between human rights, gender and HIV/AIDS. Available global evidence establishes beyond doubt that safer sexual practices for HIV prevention can be adopted by individuals and communities on a sustained basis only when the gender relations between sexual partners and between them and their social environment are equitable and based on mutual respect. Available literature also suggests that individuals’ and communities’ demand for HIV-related prevention and care services is directly impacted by the stigma surrounding HIV, which for the large part stems from the social constructs of morality applied differently to those who display dominant and accepted behaviours of masculinity and those who display dominant and accepted behaviours of femininity.

Social patriarchal culture needs to be studied in detail to address these inequalities. Gender inequality is thus not only associated with the spread of HIV but also with its consequences. Men and women are vulnerable in different ways, leading to differential rates of susceptibility to infection, access to information and available services for prevention and management of illnesses specific to women, girls and transgender individuals. The relationship between gender and HIV is extremely complex and constantly evolving, and is further complicated by interaction with other equity variables such as education, income, ethnicity or race, or sexual orientation. A woman living in the context of severe gender inequality may face the added burden of racial discrimination, or she may face certain aspects of gender discrimination due to low income or social status, especially in cases where they are wives or family members of migrant workers. It is critical that the response is based on a nuanced understanding of how and why gender roles and relations fuel the uneven spread and impact of HIV infections. There is a growing realisation that gender inequalities facilitate the spread of HIV and intensify the burden of HIV transmission to a large extent.

The need of the time is to come up with a national framework on gender, HIV and human rights. Since Pakistan is a signatory to the Committee on the Elimination of Discrimination Against Women (CEDAW), that also addresses key responses to be sustained by the state pertaining to HIV and health. The need is to improve women’s access to healthcare facilities and medical assistance by trained personnel, especially in rural and remote areas, and ensure adequate allocation of human and financial resources to the health sector in all provinces. Key government departments, like the ministry of health, need to collaborate with social welfare departments and women development departments through national and provincial AIDS control programmes. There is a dire need to involve people living with HIV and AIDS in this programming, planning, advocacy and policy making together with women networks and women organisations. In ending violence against women and girls, this alliance can really play a pivotal role and in also further strengthening outreach to HIV-affected women and girls.

The writer is the Web Editor, Daily Times. He can be reached at shrnaqvi3@gmail.com and on twitter @Hassannaqvi5 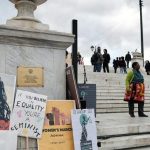 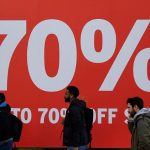 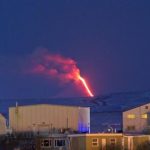