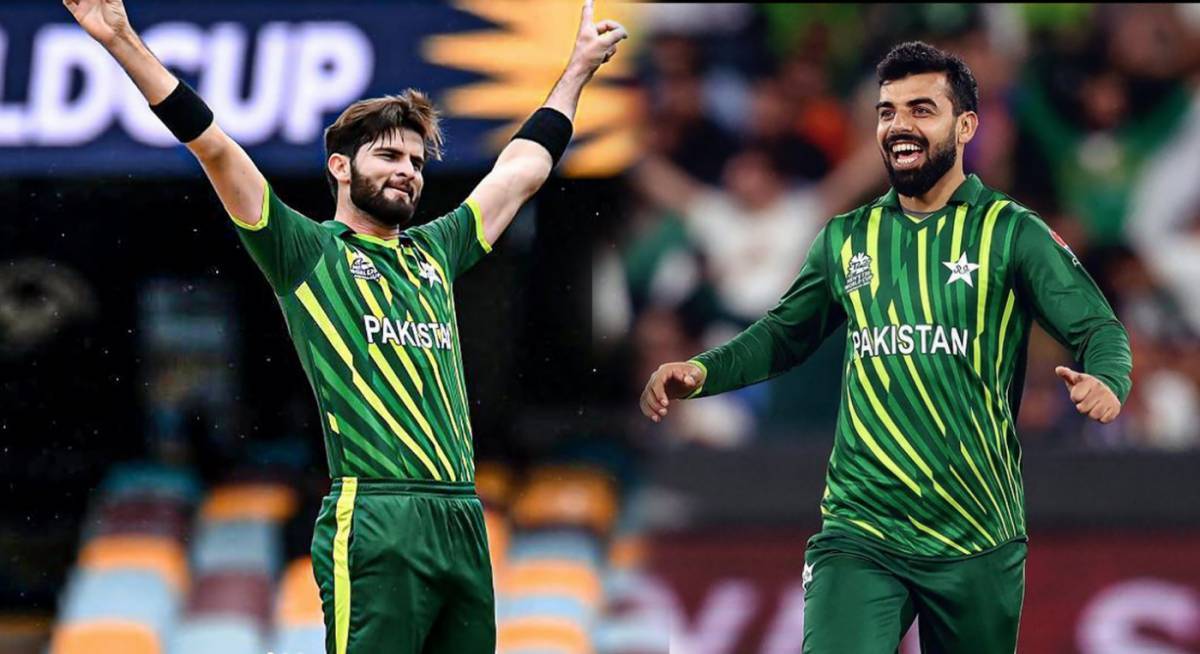 The International Cricket Council (ICC) has named two Pakistani stars in the team of the tournament after the big T20 World Cup final at Melbourne Cricket Ground (MCG).

The English squad, captained by Jos Buttler, found the little score of 138 challenging against the ferocious Pakistan pace attack at the MCG, but Ben Stokes’ valiant effort helped his team win.

A day after the big final, ICC revealed the Team of the Tournament for the T20 World Cup.

The star all-rounder Shadab Khan and fierce left-arm fast bowler Shaheen Shah Afridi have made it to the final 11.

Shadab Khan nailed throughout the tournament with 98 runs coming at a strike rate of 168.96. Shadab took 11 wickets at an average of 15 with his economy rate of 6.34 which kept things tight for the team through middle overs.

Shaheen Shah Afridi with his brilliant opening spells with the new ball has helped Pakistan at crucial stages of the match but he failed to bowl his final two overs due to injury.

Jos Buttler’s side held Pakistan to 137-8 in front of a partisan 80,462 fans at a heaving Melbourne Cricket Ground before Stokes’s unbeaten 52 steered them to a five-wicket victory with six balls remaining.

Sam Curran starred with impressive bowling figures of 3/12 as England bowlers ran through the batting line to restrict Pakistan to 137/8.