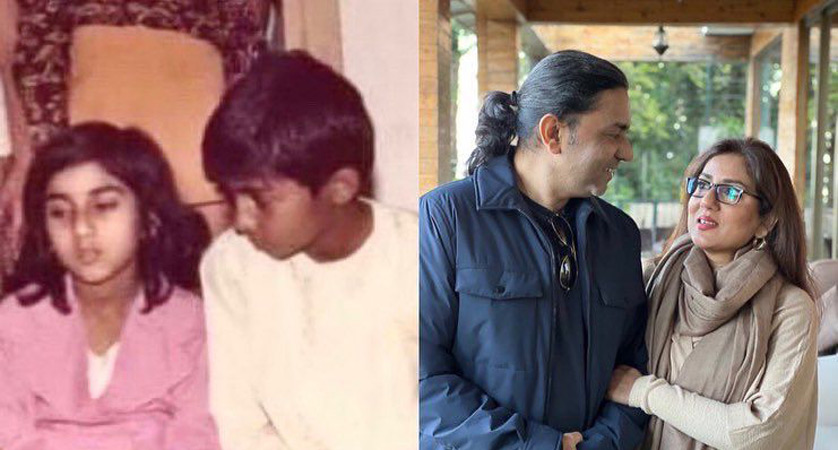 Prolific singer Sajjad Ali shared a picture of him with his wife Noreen Sajjad on their wedding anniversary on Twitter.

They married in 1989 and
are parents to celebrity daughter Zaw Ali.

He showed how their marriage started and how it is going through the picture on Twitter. The singer wrote the lyrics of his song “Tum Naraz Ho” on the click.

The prolific singer penned a heartfelt note for Noreen Sajjad on the occasion. He wrote, “Woh sach mein pyaar tha ya bachpana tha, mohabbat hogayi thi kya pata nai. Happy wedding anniversary to us How it started vs how it’s going.”

His admirers congratulated the couple on their wedding anniversary with their tweets.

The artist is one of the biggest names in the Pakistan music industry. He has sung stellar songs that are still heard decades after its release.