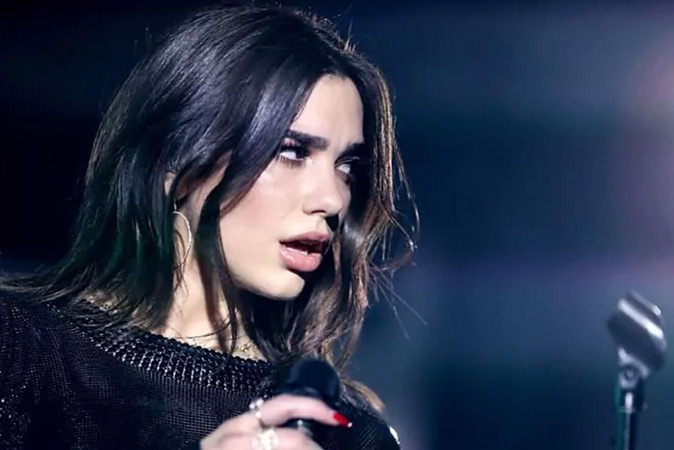 Dua Lipa looked sizzling in a chic black dress as she enjoyed dinner at a Melbourne hotspot on Thursday, ahead of her stellar performances in the city.

The Levitating singer, 27, was spotted with Aussie pal Troye Sivan at Hope St Radio wine bar in the trendy neighbourhood of Collingwood, where the pair enjoyed ‘natural Spanish wine’ and freshly baked focaccia.

Opting for all-black attire, the New Rules hitmaker added glamour to her look with gold jewellery before heading to Carlton Wine Room with Sivan’s family.

But the pair happily posed for pictures with fans after they finished dining, with selfie-takers describing Lipa as ‘super warm’ and ‘kind’.

The One Kiss singer headed to Melbourne for her Future Nostalgia tour at Rod Laver Arena on Friday and Saturday, after touching down in Australia to perform in Sydney.

The sensation set sail on a luxury super yacht around Sydney Harbour on Wednesday, just hours before chaotic scenes unfolded at her concert at Qudos Bank Arena.

It comes after she confirmed she is single after a wave of rumours she was dating pal Trevor Noah, 38.