President trying to bring ‘stakeholders together’ 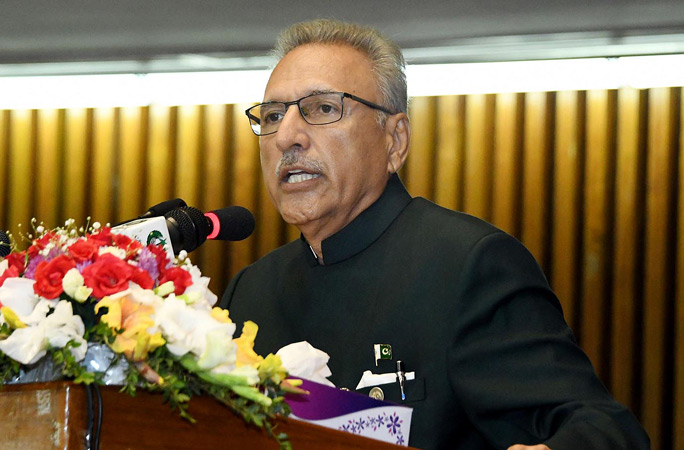 President Dr Arif Alvi on Saturday said that all stakeholders might sit together and decide upon a mutually agreed date for the next general elections which should be held in a free, fair and transparent manner. He hoped that it would help reduce the political temperature in the country. The president said that the stakeholders should also consider discussing the use of technology to bring efficiency, transparency and fairness in elections. The president expressed these views during an interactive meeting with a delegation of Lahore-based journalists, at Governor House, President Secretariat Press Wing said in a press release. He said that he would continue his efforts toward reducing the political polarisation, adding that his efforts had made some impact towards reducing the distance from extreme positions to some extent.

The president informed that in his personal capacity, he had been and still trying to bring stakeholders together on one table and resolve their differences by democratic means of discussion, consultation and deliberation and to find mutually agreed upon solutions on major issues and matters to reduce the political polarisation in the greater national interest. He said that efforts had been made and would continue to be made within the framework of the Constitution and laws of the land for bringing political stability in the country.

The president said that the country required strong and effective institutions and every endeavour should be made for strengthening them and enabling them to perform their respective functions in accordance with the Constitution. He said that the government and institutions should focus on a greater vision and mission and should avoid getting embroiled into petty matters and issues of narrow scope. The president said that there was a need to focus our time, energies and efforts to embrace new and emerging technologies, developing out of the box solutions to resolve issues and challenges and to develop capability to avail each and every opportunity to take the country forward on the path of progress and development. He further said that issues like inflation, economy, improving service delivery and reducing political polarization were pressing issues which, in his opinion, needed to be addressed on priority. He said that media was an integral part of the democratic dispensation and it should perform its functions freely without any intimidation or harassment under the relevant provisions of the Constitution and laws. The president said that fake news was like a “Gheebat”, similarly any statement presented out of reference and context also sometimes led to serious consequences.

He said that they should train themselves to verify every news and should not become an instrument for promoting fake and unverified news.

Replying to a question, he said that they should focus on imparting quality education and market-based research and development and bringing 25 million out of school children to schools by applying out of the box solutions.

He further stressed that they should also focus their energies for the prevention of diseases through promoting healthy life style, creating awareness about early diagnosis, controlling malnutrition and stunting and providing balanced diet to the vulnerable population.

The president underlined the need to educate the people to provide them the skills, knowledge and information to counter global warming and mitigate its harmful impacts and putting in place low-cost solutions to reduce the impact of natural calamities.