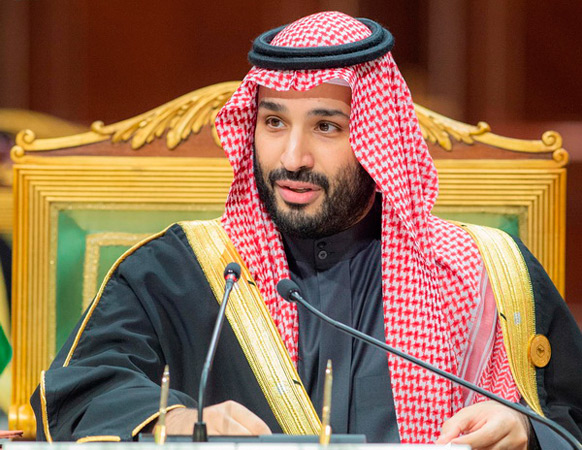 Saudi Crown Prince Mohammed bin Salman’s visit to Pakistan has been postponed while the new dates for his trip to the country would be mutually finalized by both sides, the Foreign Office confirmed on Saturday. The Saudi crown prince was scheduled to arrive in Pakistan on November 21 on his second official trip to the country. During the first in 2019, the two countries signed investment deals worth $21 billion, including for an oil refinery. “The visit [of the crown prince] is being rescheduled. The new dates will be mutually finalized by the two sides,” Mumtaz Zahra Baloch, foreign office newsly appointed spokesperson, said in a statement. Separately, Pakistan Ulema Council Chairman Tahir Mahmood Ashrafi said in a video message that the Saudi crown prince would always be treated as an honoured guest of Pakistan whenever he arrives in the country.

He said the visit has been postponed due to personal engagements of the crown prince. Ashrafi said the Crown Prince had not only postponed his visit to Pakistan but also delayed his visit to some other countries. “As soon as his visit is rescheduled, it would be intimated to the quarters concerned,” he added.

He also clarified that Pakistan’s internal affairs had nothing to do with the postponement of the Crown Prince’s visit. He also urged the people “not to be misguided by the rumours being propagated by negative elements.”

He said the Crown Prince was not only a state guest but was the most-adored personality of the Pakistani nation, also expressing the hope that he would be given a historic welcome on his arrival to the country. He said Pak-Saudi relations were not only based on diplomacy but they were based on faith and belief which could not be shaken by any propaganda and conspiracy.