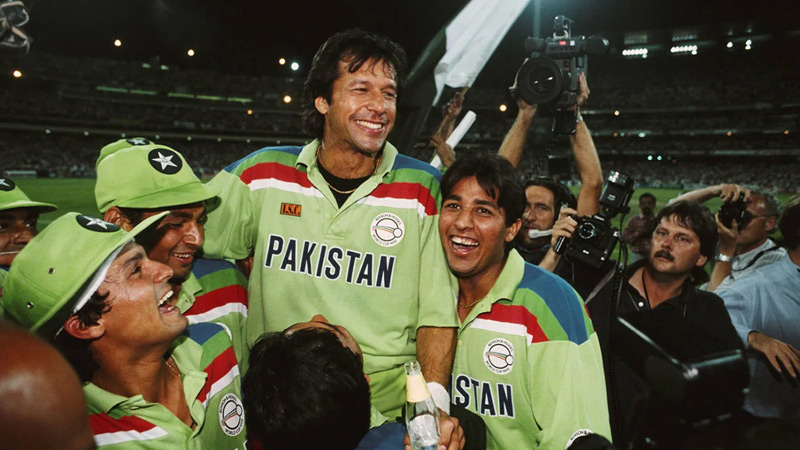 For some, it was a gift of the Divine to celebrate Ramazan. The faithful of the lot called the rain-splattered grounds an ultimate shove towards glory. But magical swish or not, on a dewy March morning in 1992, Imran Khan and company headed towards a spicy wicket with literally no idea of what would happen next. A team struggling from the very beginning had seldom transformed from a back-bencher to a dark horse only to roar as the
ultimate warrior.

Men in Green tried everything in the book to replicate whatever had whipped up their fortune at Melbourne Cricket Ground that day but never come close. Three decades later, with a completely new format of the game, Pakistan rolls up its sleeves and murmurs the last-minute chants to recreate the magic in Sunday’s Twenty20 decider in Melbourne. The boys who grew up soaking stories from the landmark 1992 win have decided to carve their own tales of triumph. Same opponent, same venue and just as same circumstances, one can’t help but wonder would the inspiration make the impossible happen one more time.

The similarities in the team’s scorecard have been unbelievable, to begin with. Just as before, Shaheens have stayed true to their reputation as one of the most unpredictable teams in the history of Pakistani cricket. Former England captain and renowned commentator Nasser Hussain had once cried out, “Pakistan cricket at its best: one minute down, next minute up.” Certainly so, otherwise, a team looking at an early flight back home, reeling under back-to-back defeats can, under no circumstances, climb its way back to the top while pushing the so-called champions out of their way. 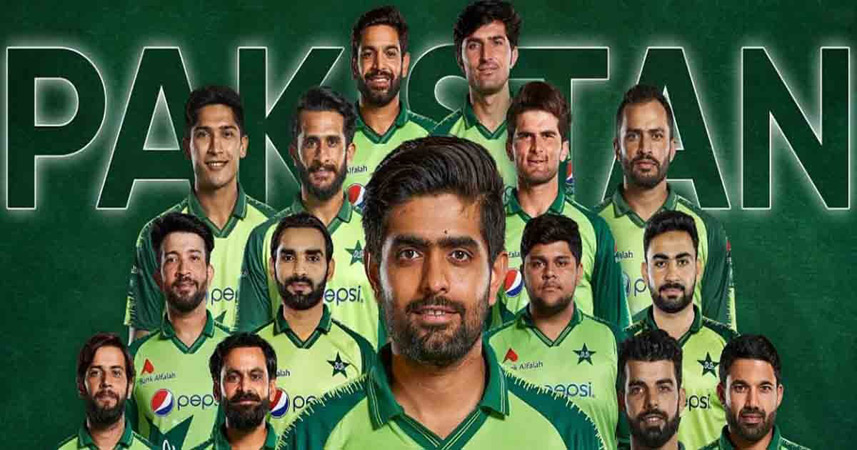 Pakistan’s phenomenal knockout of the Black Caps–last year’s runner-up–is just one of the features it shares with the 1992 stint. Both times, we started off with a humiliating defeat in the first game. Then, a 10-wicket loss against West Indies. Now, a hard hit by archrival India.

Both times, we continued to stare at the barrel in the first few outings of the tournament. But then Lady Luck chose to spell out an end to our suffering. Back in 1992, Pakistan beat Australia in a decisive game by 48 runs only to kick out Sri Lanka and New Zealand and land ahead of Australia and West India in the finals. Fast forward to the present and Pakistan would collect the first win against the Netherlands and then crush South Africa.Far more interesting is our bromance with New Zealand, especially when it comes to semis. Cricket Analyst tweeted, “Pak’s chances of qualifying (let alone winning the comp) stood at 3% when they were 43 for 4 v SA, requiring to win that game, Ned beat SA & Pak beat Ban. Less than a week later they’re in the final & have won four in a row. I believe I should say ‘Qudrat ka Nizzam’. #T20WorldCup”

However, the past games are behind us and this is probably where the similarities end. In the past, phenomenal captain Imran Khan was leading a team no one could bet two cents on but today, the tables have turned. Our bowlers have repeatedly shown their might to the world with records that refuse to give anyone else a chance. 1992 was a series that made Wasim Akram step out of the shadows of Waqar Younus–the true magician but to place confidence in a set of novices would not have been an easy task for the captain. Today, the likes of Harid Raud and Shaheen Afridi are ready to shine come what may. Those gambles that Mr Khan played, taking along two left-spinner, making use of limited resources and letting an average team believe in its invincibility were all hallmarks of someone who understood and loved the game far better than anyone else. Repeatedly touted “out-of-touch” Babar Azam has very large shoes to fill when it comes to finalising the batting order. That an entire generation has grown smitten with the 1992 win would be an understatement. For themselves as well as younger generations, Pakistan XI needs to bring its A-game on Sunday. After all, “zara num ho to ye mitti bari zarkhaiz ha saqi.”