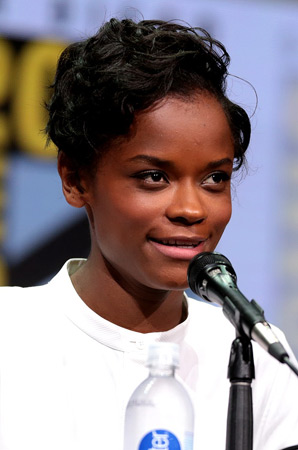 Letitia Wright is getting candid about her recovery following a scary on-set incident last year. The 29-year-old actress recently spoke out about her August 2021 hospitalisation after she fell off a stunt rig on the set of Black Panther: Wakanda Forever. “I’m still processing it,” Letitia told Variety on Nov. 9. “I’m still working through it in therapy. It was really traumatic.” The actress who plays Shuri-the younger sister to the late Chadwick Boseman’s character King T’Challa-in the Marvel films, was riding a motorcycle when it “clipped a median and sheared the bike off, and it tumbled,” the film’s producer Nate Moore recounted to the publication. Following the accident, Letitia was hospitalised with a fractured shoulder and a concussion, with production on the Black Panther sequel pausing while she recovered.

Director Ryan Coogler noted that he heard about Letitia’s injury over the phone, sharing that the news was particularly hard for him. “It was about how you can imagine,” he said. “I mean; I love these actors. That’s me and Chad’s little sister. Imagine getting that call that your little sister’s hurt. It’s the f–king worst thing in the world.”

Acknowledging the added emotion on the Wakanda Forever set following the 2020 passing of Chad’s from colon cancer, Marvel Studios president Kevin Feige said, “It was horrifying on any production happening to anybody. It was particularly harsh on this production that was already emotionally strained.”

Letitia returned to set occurred in January 2022, sharing that she had a “great, great, great medical support” team to help her get readjusted. “I’m just extremely proud of myself,” the Black Mirror alum said. “I’m extremely proud of Ryan, of the team, for just the resilience – overcoming adversities every step of the way. When I finished filming, I cried like a little baby.”