* Kangana took to her Instagram stories and wrote, 'Dumb Instagram is all about pictures, whatever opinion one writes disappear next day, as if everyone is a fickle, frivolous, dumbo' 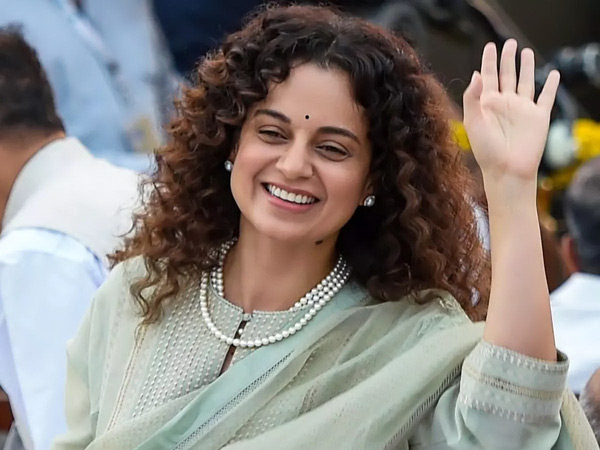 As per her, the platform is ‘dumb’ which doesn’t let a person express their views. She wrote how she has an issue with disappearing posts on the medium.

Kangana took to her Instagram stories and wrote, “Dumb Instagram is all about pictures, whatever opinion one writes disappear next day, as if everyone is a fickle, frivolous, dumbo who doesn’t want to see what he/she wrote day before because they anyway don’t mean what they say so it rather disappears.”

She added that people like her stick to their thoughts and want their thoughts to be documented properly so that they can start meaningful conversations. Kangana further wrote in her Instagram story, “But what about some of us who mean everything they say and want to document their thoughts, for people who care to delve into them start a dialogue or conversation, these are mini-blogs which should be open for interpretations for the sake of the growth of the subject and the object both.”

Earlier, Kangana, who got her Twitter account suspended for violation of the platform’s rules, appreciated Elon Musk’s revamping of the verification process of accounts on the micro-blogging platform. She had written on Instagram, “Paying a certain amount to maintain a Twitter account will only help it build its integrity, there are no free lunches in this world, have you ever thought all these platforms that you access freely how do they sustain themselves? They don’t just sell data, they make you a part of them, influence you and then sell you every single minute of the day and that’s why there is no free will is such platforms, so it’s not a bad idea to try to build a self-sustaining social media platform… It is easy to arm twist a bankrupt company even if it intends to hold a high value system sooner or later it will have a price tag…”

Besides being an active social media user, Kangana is busy with her film Emergency, where she plays the role of former Prime Minister Indira Gandhi. The film also stars Anupam Kher, Mahima Chaudhry, Vishak Nair and Shreyas Talpade in prominent roles.