Match-fixing sleuths driven by cheating on the rise 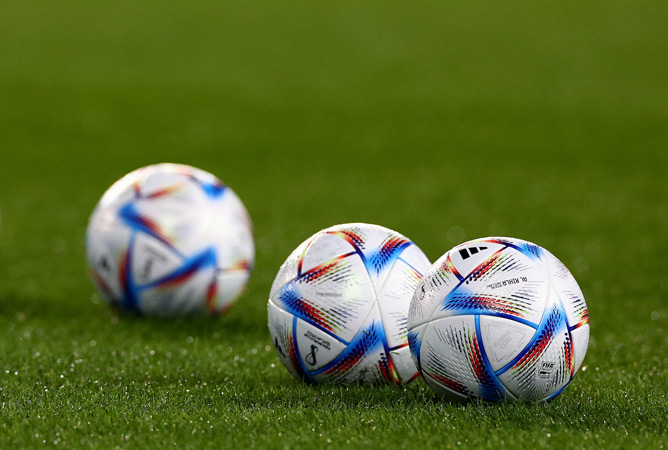 LONDON: Sports matches arousing suspicions of being fixed globally are on course to break the thousand mark this year but if the matchfixers believe they are in for an easy ride they should think again. “It is why we come to work every day, doing serious work helping our partners to tackle serious crime groups,” Tom Mace, director of global operations for Sportradar Integrity Services, said at their London office. Sportradar Integrity Services is a global supplier of sport integrity solutions and partner to over 150 sports federations and leagues with clients ranging from FIFA to NASCAR. Analysts working 24/7 and operating from their main base in London to hubs in Montevideo, Melbourne, Singapore, Las Vegas and Minneapolis pore over screens of live sporting fixtures and betting odds.

They watch how bookmakers’ odds move over the course of both pre-match and in-play trading of a contest, aided by their bet monitoring software. In instances where strong, irregular and unexplainable betting activity is identified, the match is flagged up as suspicious. Mace, who is armed with various divisions at his disposal including an Intelligence unit, acknowledges the figures are pretty stark. “Already this year is worse than last year,” he said. “In 2021 we had a record number of 904 suspicious matches and already midway through October we have surpassed that with 978 suspicious matches. “With two months to go we are definitely on track to break one thousand for the first time ever, which is quite shocking.”

Mace, who joined Sportradar 12 years ago after a career in the bookmaking industry, says the matches cover 12 sports in 70 countries. Football contributes two thirds of them but the most eye-catching rise is in basketball. Mace says there are various reasons for basketball creeping up the league table of suspicious matches — 183 this year compared to 63 in 2021. “With the continued growth of betting markets, basketball has always been one of the most popular,” he said. “It is lower down the level, it is not just the top divisions, and new countries getting involved. You start to get that perfect sweet spot of betting coverage and the economic status of players involved.”

‘Cat and mouse’: Mace — who says “often the players on the pitch are the actors and executors and not getting rich (from the matchfixing)” — admits battling the matchfixers is a constant challenge. “Yes, it is exciting as much as it is disappointing and frustrating working with manipulated sports on a daily basis,” he said. “This is what is driving our team from betting analysts to our investigators and intelligence operatives. What greater motivation to do our part to bring action against these groups?”

Mace says their prey are watching him and his organisation just as he and his team are trying to keep tabs on them. “They are professional organisations, they are not amateurs. They don’t work by chance,” he said. “They are very careful and sophisticated, they know what we are doing and they know how our system is able to monitor them. “It is a constant game of cat and mouse for them to evade being caught.” Mace said the weaponry his organisation can deploy in detecting matchfixing is becoming more effective.

“The capabilities of betting monitoring are increasing all the time with access to 600 bookmakers odds’ and 300 bookmakers’ account-level data and intelligence,” he said. “We have very wide open source intelligence tracking all the big social media companies and a lot of smaller ones globally. We are constantly investing in new technology to help our partners catch the big fish.” Perhaps the biggest potential deterrent for aspiring matchfixers is that they can face not just sporting but also legal sanctions. “Over the years the integrity unit have had great success with over 600 sport sanctions thanks to information gathered by the intelligence and data units,” he said. “We have had over 50 criminal convictions in 2022 and over 100 sport sanctions.” Even with law enforcement budgets being squeezed globally Mace says they still receive good co-operation, especially if organised crime is involved.