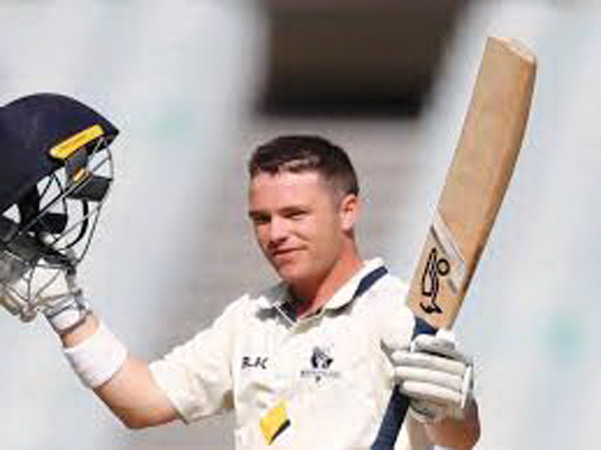 SYDNEY: Opening batsman Marcus Harris was Tuesday recalled to Australia’s Test squad for two clashes against the West Indies, while Travis Head retained his place despite poor recent form. Harris featured in last year’s successful Ashes campaign against England but was axed and overlooked for Australia’s Test trip to Sri Lanka in July with Usman Khawaja preferred as David Warner’s opening partner. Khawaja is again expected to open with Harris as back-up in a slimmed-down 13-man squad. “Marcus Harris regains his place after continuing to perform for Gloucestershire in the English county competition and a strong start to the Sheffield Shield season,” said chairman of selectors George Bailey. Head keeps his place despite poor form in Australia’s domestic Sheffield Shield competition with the top six — Warner, Khawaja, Marnus Labuschagne, Steve Smith, Head and Cameroon Green — unchanged. The squad is smaller than ones in recent years when Covid-19 protocols were in place, with fast bowlers Michael Neser and Jhye Richardson, and leg-spinner Mitchell Swepson missing out. “After some larger squads for the sub-continent tours over the winter, we have returned to a very similar squad to that which performed strongly last summer in comprehensively winning the Ashes,” said Bailey.

Australia play two Tests, in Perth and Adelaide, against the West Indies from November 30 ahead of three Tests against South Africa with the squad for that series yet to be named. Before that, Australia host three one-day internationals against England in Adelaide, Sydney and Melbourne on November 17, 19 and 22 respectively where Pat Cummins will be captain for the first time after Aaron Finch retired from the 50-over format. Nine of the Test squad will face England, meaning they will play the West Indies with no recent red-ball experience.

Australia Test squad to face the West Indies at Perth, from November 30, and Adelaide, from December 8:

Australia one-day squad to face England in Adelaide, Sydney and Melbourne from November 17: