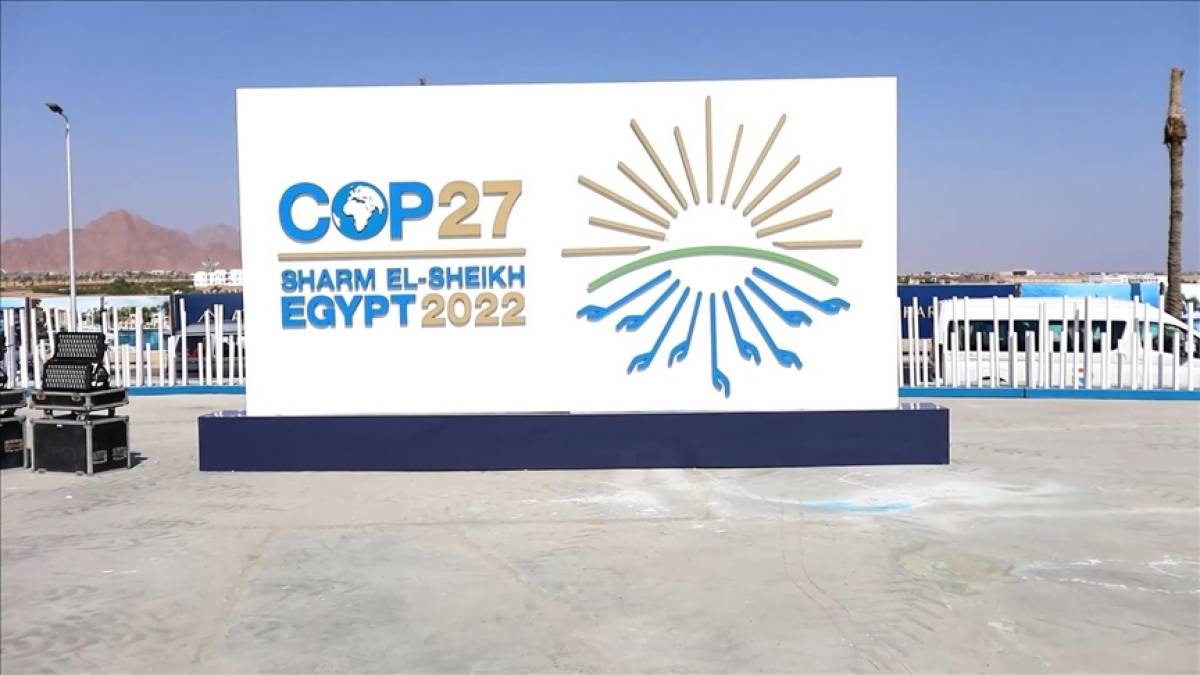 SHARM EL-SHEIKH (Egypt): Prime Minister Shehbaz Sharif on Monday joined world leaders at the ‘Sharm El-Sheikh Climate Implementation Summit’ in a bid to deliberate upon the ways to address the global environmental challenges.

The government of Egypt is hosting the 27th session of the Conference of the Parties of the UNFCCC (COP27), with a view to effectively tackling the global challenge of climate change.

Pakistan’s invitation to the summit along with other countries signifies the importance to implement and transform key climate-related decisions into concrete actions and credible plans.

At the invitation of the Egyptian Presidency of COP-27, the prime minister will also co-chair, along with his Norwegian counterpart, a high-level roundtable discussion on ‘Climate Change and the sustainability of vulnerable communities’.

COP-27 is taking place at a time when millions of people in Pakistan, and millions more in other parts of the world, are facing severe adverse impacts of climate change.

As a developing country most affected by this phenomenon, Pakistan will make a robust call, inter alia, for the urgency of climate solidarity and climate justice based on the established principles of equity and common but differentiated responsibilities and respective capabilities.

Meanwhile, PM Shehbaz in a tweet said, as Chair of G-77, he will urge the world to deliver on its commitment to climate finance and loss and damage fund.

He said the COP-27 being held in Egypt can be a watershed in humanity’s fight against climate change and global warming.

The Prime Minister said extreme climatic events in Pakistan and the Horn of Africa this year have showcased globalization of climate change.

#COP27 being held in Egypt can be a watershed in humanity's fight against climate change & global warming. Extreme climatic events in Pakistan & Horn of Africa this year have showcased globalisation of climate change. Turning a blind eye to its lethal effects will be criminal.1/3

He said without financial support, developing countries will continue to remain exposed to multifarious threats of climate change.

Moreover, PM said our post-disaster needs assessment has shown that Pakistan’s journey to recovery and rehabilitation can be held back by public debt, rising international energy and food prices and lack of access to adaption funds.

He said we are asking for climate justice and the world should treat Pakistan as a case study.