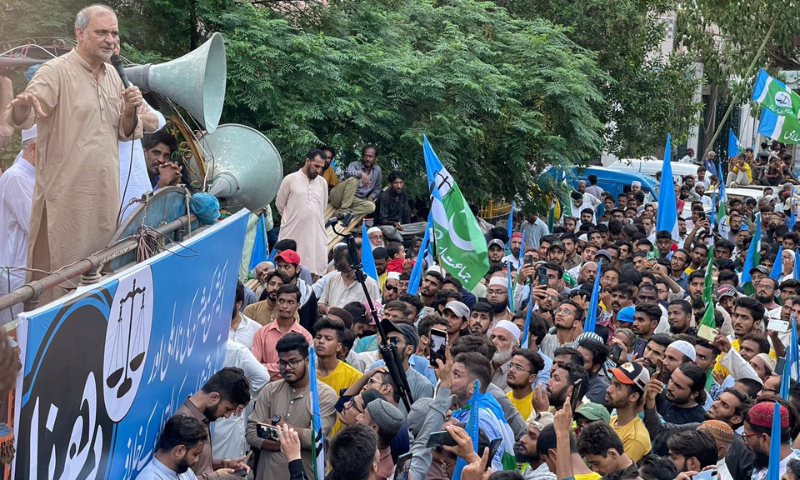 He criticised that the Sindh government sent 5,000 police officials to Islamabad but it rejected to depute police contingents for the security of LG polls.

He added that PPP showed undemocratic behaviour toward the Karachi people. He said that JI will not let anyone flee from Karachi LG polls anymore.

The JI Karachi chief said that a petition was filed to the Supreme Court (SC) against the postponement of the LG polls. He alleged that corruption is being committed in the name of the rehabilitation process of Karachi in which the undemocratic administrator is also involved.

He said that JI is struggling for the rights of the Karachi citizens and that the issues will be resolved after the election of JI’s mayor.