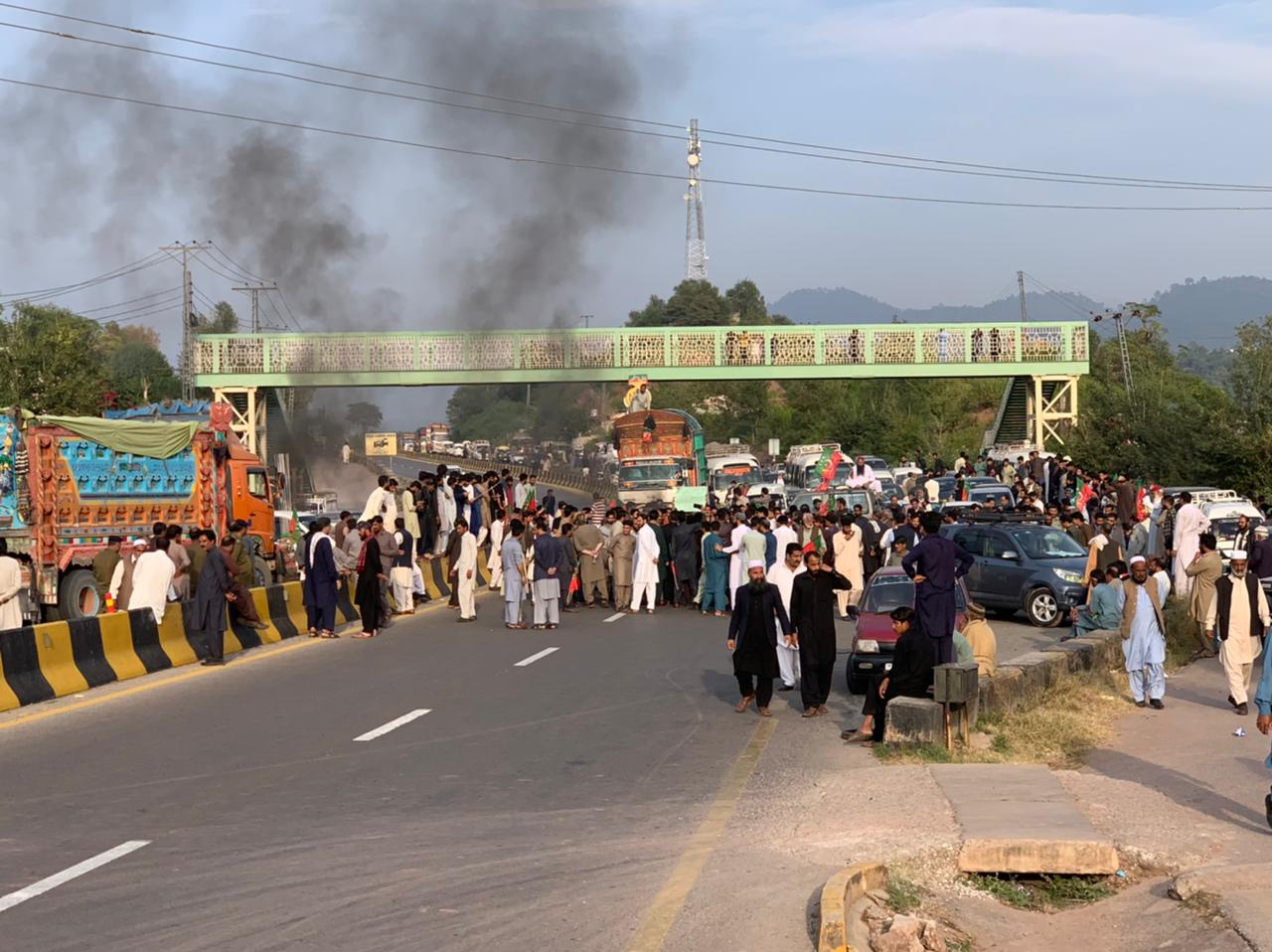 PTI workers are protesting in Bahawalpur in line with the party’s secretary-general Asad Umar’s directions.

Asad Umar declared that countrywide protests will be started at 5pm on Saturday (today) for the second consecutive day.

Taking to Twitter, Asad Umar said the PTI’s local organizations would announce the location for the protests in their respective cities while he would be attending a protest at Lahore’s Liberty Chowk.

The announcement comes hours after Imran Khan addressed the nation on Friday from Shaukat Khanam hospital.

Pakistan Tehreek-e-Insaf (PTI) leadership, in their important session on Friday, decided to maintain an aggressive strategy until their demands to lodge FIR against the three people named by them and others are not met.

Former premier and Pakistan Tehreek-e-Insaf (PTI) chairman Imran Khan yesterday delivered his first address to the PTI workers from the Shaukat Khanum Hospital – Lahore after getting injured in a gun attack during the long march.

Earlier on yesterday, the PTI launched countrywide protests after Friday’s prayer against the attack on party Chairman Imran Khan. The party staged protests in major cities across Pakistan including Karachi, Islamabad, Lahore, Quetta, Peshawar, Malakand, Rajanpur, Bahawalnagar, Muzaffargarh, and Kohat, among others.

Protestors in Lahore held demonstrations against the federal government. PTI workers and supporters vandalised public property outside the Governor House’s gate at Lahore’s Mall Road resulting in a traffic jam before ending the protest, as the police reached the spot.