* The rivalry of Maula Jatt and Noori Natt is notorious not only in Lollywood but in Bollywood too, because they made the remake of Maula Jatt under the name of 'Jeene Nahi Doonga' 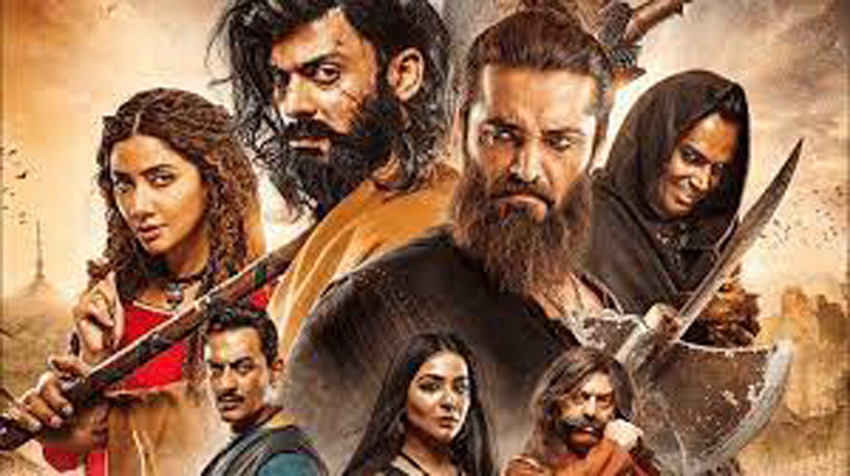 The best way to demonstrate a hero’s true bravery is to pit him against a wicked adversary.

The villain always outweighs the hero in power. Villain is hero’s partner in carrying forward the film’s narrative and provides the reasons for good old punch-up.

The rivalry of Maula Jatt and Noori Natt is notorious not only in Lollywood but in Bollywood too, because they made the remake of Maula Jatt under the name of Jeene Nahi Doonga.

The standards for the picture were greater, making it impossible to conceive Musatafa Qureshi’s performance being in any way comparable.

One of the rare films that the Pakistani industry has been expecting for so long is The Legend of Maula Jatt. In just 18 days after its first release, it has already smashed several records.

The film is about the rivalry between Natts and Jatts. Only surviving heir of Jatts, Maula is unaware of his past, remembering only some nightmarish flashbacks from his childhood. Natts murdered his parents, and Maula is raised by Daani along with her son Mooda. Maula becomes an undefeated wrestler as they grow together. The arena in which he fights opponents is reminiscent of Ridley Scott’s Gladiator, with Gogi as a Proximo. Some other scenes are directly inspired by Gladiator, particularly when Maula is chained and Daaro comes to seduce him, which is a direct reflection of the conversation between Maximus, who is also chained and Lady Lucilla.

Meanwhile, Noori Natt is looking for a strong opponent to compete with, as he says, “akhir aye dharti natt ty laho da rang kadhon wekhegi.” In rarity, Noori’s character is the only one who wishes for his body to be badly injured by someone more powerful than him; when asked, “Tu aye zidd wich chana ki hai,” he replies, “Qatal Hona chawan na.” If you’ve seen Mustafa Qureshi’s performance in Maula Jatt, you’ll know that the dialogues and the way he pronounces them are superb; on the other hand, Hamza has done well as well.

This film is action-packed with a touch of romance (thanks to Bilal Lashari for lesser scenes of Mahira Khan and Fawad Khan together). Action scenes in this film were highly unexpected from Pakistani industry, the way Daaro beheads a man, and the introducing fight of Maula with Gandasa were brutal and gory.

The performances are outstanding, particularly those of Hamza Ali, Gohar Rasheed and Humaima Malick, who have nailed every scene in which they have appeared. Humaima’s walk sensually, her body movement are seductive, I would like to say one sentence for her performance, “toade hathon Qatal hona chawan na.” The Natts overshadowed everyone.

Bilal Lashari direction and cinematography are peerless; Sarmad Ghafoor’s music is enticing, especially the haunting song “Chan pichy luki howi Raat ly jaani” creating eerie atmosphere in cinema halls; locations and sets are mesmerizing, although costumes doesn’t fit the Punjabi culture but are great; Gandas is as cool as cool does, and dialogues both old and new ones by Nasir Adeeb and Lashari are worth remembering. Bilal Lashari deserves praise for upholding the importance of dialogue. The old movie’s best feature was its dialogue, which was similar to the new one.

The writer is a film critic and can be reached at saqlainali878@gmail.com