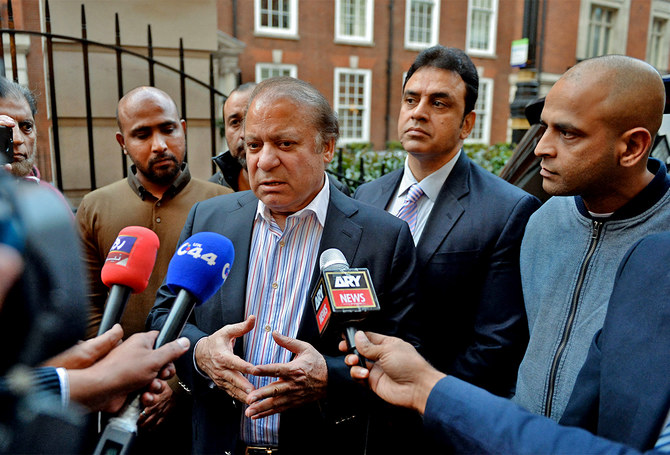 Dozens of PTI supporters gathered outside Nawaz Sharif’s residence at Avenfield house after the murder attempt on PTI chief Imran Khan on Thursday.

The youth who is a supporter of Imran Khan is often seen outside Mr Sharif’s residence or Hussain Nawaz’s office protesting against the Sharifs after the foiled murder attempt on Imran Khan.

A large number of PTI workers gathered at Nursery – Shahrea Faisal. Moreover, another track of the road from Saddar to Airport was also blocked due to the sit-in of PTI workers.

Police contingents rushed to the protest venues and started negotiations with the protestors to clear the road. Huge traffic jam was witnessed in different areas as protests started on many arterial roads in Karachi.

PTI workers organised a protest under the leadership of Sadaqat Ali Abbasi. The demonstrators blocked GT Road at the location of Rawat.

Police and protestors came face-to-face in Rawalpindi’s Faizabad during the protest.

Protests were also held in Gilgit-Baltistan (GB) and roads were blocked on different localities. The protestors demanded the arrest of all accused involved in the gun attack on Imran Khan and PTI leaders.

Protests were organised on different locations in Multan. PTI workers blocked 9 Number Chowk after burning tyres on the road.

To protest against the gun attack on Imran Khan and PTI leaders, protestors blocked Jail Chowk in Karak.

PTI workers held a protest in Muzaffarabad and demanded the arrest of the attackers. PTI AJK’s general secretary demanded the government arrest the responsible for the gun attack.

Protests were held in three locations in the Jhelum district while protestors blocked GT Road by burning tyres and placing barriers following the sorrowful incident. Both tracks of the national highway were blocked and the protestors demanded strict action against the culprits.