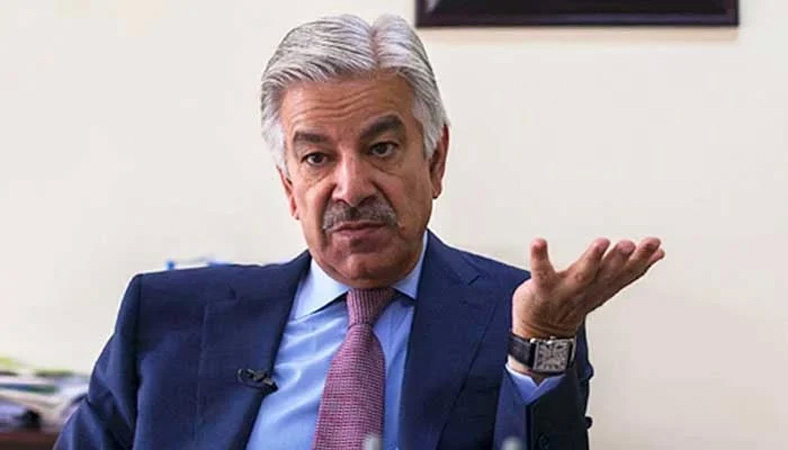 Defence Minister Khawaja Asif on Friday alleged that the attempted assassination of PTI chief Imran Khan is being utilised to “achieve political objectives”.

He said that “by taking the names of government and military officials”, the issue was being taken in a direction where “no clue or suspect will be found”

In a speech in the National Assembly (NA), the Minister said, “Don’t turn this incident into a victim of politics. Go after the suspects. Constitute a JIT (joint investigating team). But if this incident is being used to defame an individual or institution, then I will condemn it.”

Khawaja Asif also called out Punjab CM Pervaiz Elahi for suspending the staff of a police station after a leaked statement of the suspect was leaked on social media.

The Pakistan Tehreek-i-Insaf has announced to hold protests after the Friday prayers today across the country to condemn the assassination attempt on the life of PTI Chairman Imran Khan.

In his tweet posted on Friday, PTI Secretary General Asad Umar announced: “Today, after the Friday prayers, there will be protests across the country. The nationwide protest will continue until Imran Khan’s demand is met.”

Thursday, shortly after the attack on Imran Khan, PTI workers and supporters took to the streets across the country to stage protests.

Workers in Faisalabad gathered at Jinnah Colony Chowk on Narwala Road to protest the shooting of their leader.

Workers from the PTI have announced that they will stage sit-ins in various areas of Karachi in response to this heinous act. Last night, numerous workers gathered at Power House and Insaf House in Karachi.

On Murree road in Rawalpindi, the protestors gathered. Fayaz-Ul-Hassan Chohan, the leader of the PTI, announced that he would take the protest rally to Faizabad.

The protesters obstructed one side of Murree road.

In Bannu, PTI workers obstructed all traffic on the Mir Insha road.

During the Bannu demonstrations, anti-government and anti-establishment chants were also heard.

The PTI workers also demonstrated in Imran Khan’s hometown of Mianwali. They obstructed all exits from Watta Khel Chowk in the city by setting tyres on fire and causing massive roadblocks.