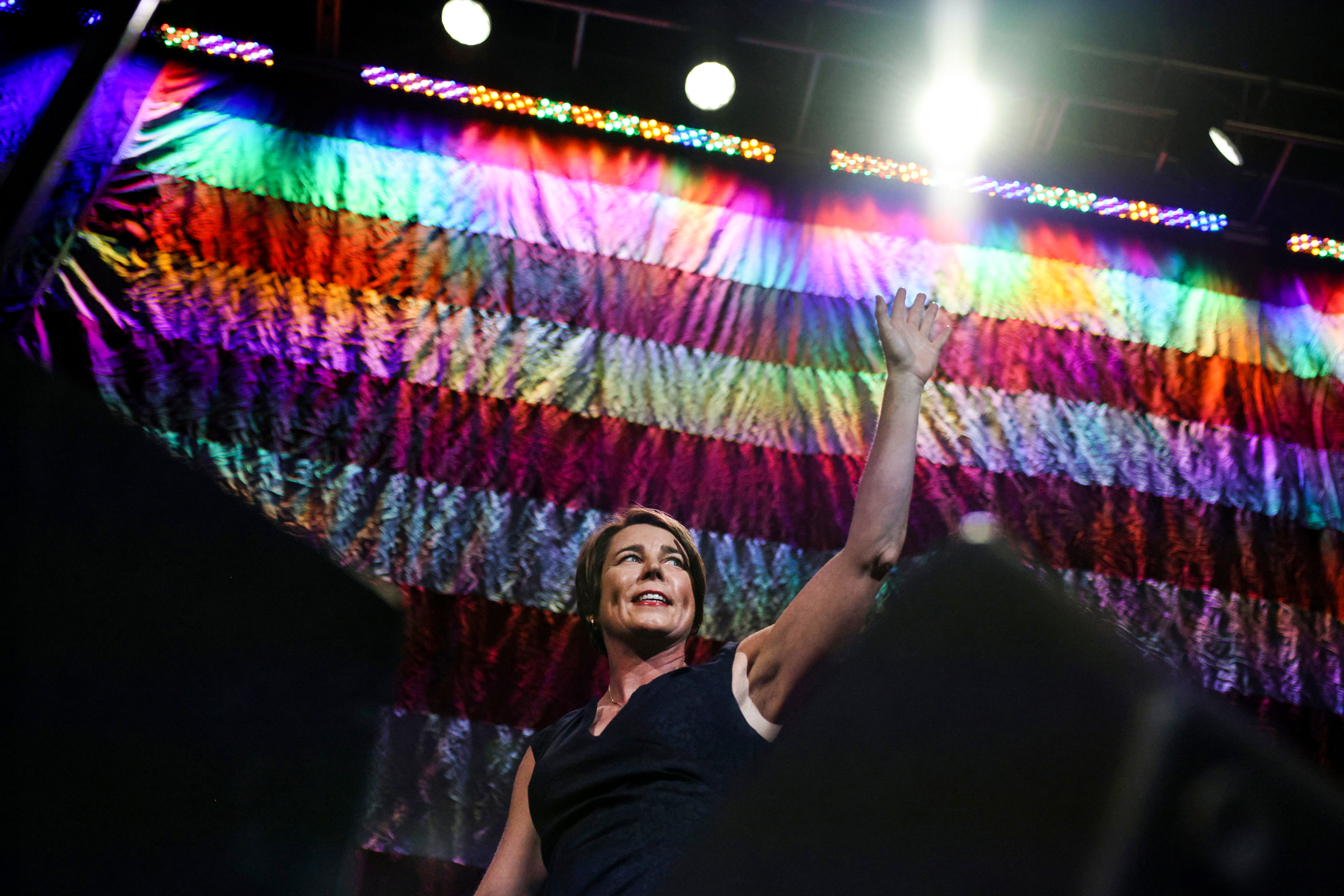 LGBTQ candidates are running in all 50 US states and the capital Washington for the first time in this year’s midterm election, as the community becomes an increasingly powerful voting constituency.

The milestone comes amid a surge in gay and transgender voters that analysts expect to redraw the electoral landscape over the next generation, nudging the conservative US heartland in a more liberal direction.

A new report from the LGBTQ Victory Fund found that of the 1,065 LGBTQ hopefuls who ran primary campaigns for November’s midterms, a historic 678 made it onto the ballot — an 18 percent increase over 2020.

“Voters are sick and tired of the relentless attacks lobbed against the LGBTQ community this year,” said Annise Parker, a former Houston mayor who heads the LGBTQ Victory Fund.

“Bigots want us to stay home and stay quiet, but their attacks are backfiring and instead have motivated a new wave of LGBTQ leaders to run for office.”

Almost 90 percent of the LGBTQ candidates who entered this year’s primary races are Democrats like Maura Healey and Tina Kotek, who are vying to become the nation’s first lesbian governors in Massachusetts and Oregon.

Healey is comfortably ahead in her race, but Kotek finds herself just behind in a contest regarded as a toss-up.

Among a host of other firsts that the LGBTQ community is eyeing on election night, Vermont House candidate Becca Balint would be the only lesbian ever sent by the state to Congress.

Mary Louise Adams, an award-winning author and academic who specializes in LGBTQ issues, welcomed progress in the drive to ensure that members of the community “not just present but visible and vocal” in public life.

“As a voter, I would still be more interested in knowing what the candidates’ overall platforms are and what strategies they propose to strengthen and support marginalized communities of all kinds,” the professor at Queen’s University in Canada told AFP.

The candidate statistics were hailed as significant progress during a year in which state lawmakers have proposed a record 340-plus anti-LGBTQ bills, according to the Human Rights Campaign (HRC) — the country’s largest gay rights group.

Much of the legislation seeks to ban transgender children from playing sports in categories that correspond with their stated gender or allowing performances in schools involving drag acts.

“The most anti-transgender state legislative package in history was passed this year in Alabama and the increased focus on attacking youth is truly alarming,” said Cathryn Oakley, HRC’s state legislative director.

“It also speaks to our opponents’ desperation. Public opinion has moved so far in the direction of equality that they are forced to try to make people afraid of children.”

The legislative crackdown has extended from grassroots politics to the US Congress, where House Republicans are proposing their own bans on public discussion of gender identity and sexual orientation.

But the federal bill goes further, curbing such discussion at events and in literature in any government building.

LGBTQ Americans are set to become one of the fastest growing voting blocs, according to HRC, growing at a “scale, scope and speed that will fundamentally reshape the American electoral landscape.”

The community accounts for an estimated one in 10 voters but that figure is expected to rise to one in seven by the end of the decade, the lobby group said in a report released in October with Bowling Green State University in Ohio.

“Historic moments like these can be a sign that people have become more comfortable with LGBTQ leaders in political office who are making decisions on behalf of the public,” said Julia Himberg, author of “The New Gay for Pay: The Sexual Politics of American Television Production.”

“Moments like these can even contribute to broader social and institutional change.”

The professor, who teaches film and media studies at Arizona State University, warned against drawing broad conclusions from one election, however.

“Systemic change takes time and intention. So we need to be cautious about big proclamations,” she told AFP.

“This election cycle is pivotal but it is also a singular moment that in fact may not go beyond this moment.”