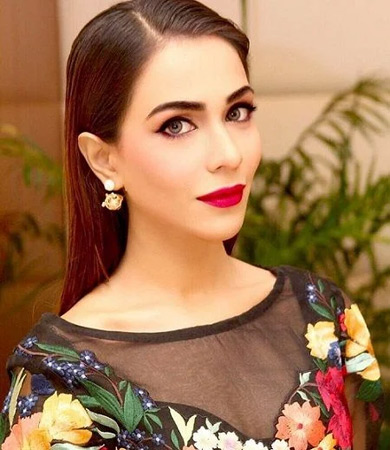 Lollywood diva Humaima Malick is riding high on the success of her blockbuster film Legend of Maula Jatt, however, she has been receiving massive backlash for siding with her brother Feroze Khan. The Bol actress recently expressed her admiration for ‘Punjab Ki Katrina Kaif’ Shehnaaz Gill and her words of wisdom. Taking to Instagram, Humaima lauded the Big Boss contestant aka Gill by sharing her video. “Never judge people it might backfire on them,” she wrote in an Instagram photo, adding, “Love her damn how she improved in many ways and she is so strong.”

For the unversed, celebrities and masses have extended her support to Aliza Sultan Khan, ex-wife of veteran actor Feroze Khan. He was accused of domestic violence by Aliza in the last court hearing where she presented visual proofs and medical reports of the bruises she got as a result of assertion. Many have called out Humaima and Dua Malik over their silence and support for Feroze. Now it seems she responded to all that hate.

The Punjabi-language film is a remake of the 1979s classic Maula Jatt produced by Younas Malik. Nasir Adeeb wrote the dialogues for The Legend of Maula Jatt whereas Bilal Lashari penned the screenplay.