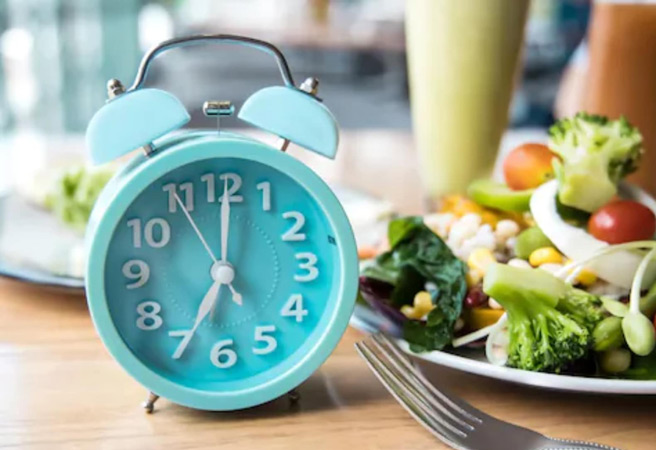 One of the most effective ways of weight loss is intermittent fasting (IF), advise many nutritionists. This form of lifestyle makes a person eat for a certain window of time and then fast for about 12-16 hours every day.

While many have been witnesses to its benefits, a new study has shown that intermittent fasting may have a negative impact on a woman’s reproductive hormones. A team at the University of Illinois, Chicago was studying obesity and happened to fall upon new evidence about IF among women. The team, led by Krista Varady, UIC professor of nutrition, studied a group of pre and post-menopausal obese women for a period of eight weeks on the “warrior diet” method of intermittent fasting. Their findings have been published in the journal Wiley Online Library.

The warrior diet method of IF restricts a person to eating only four hours a day. In this window, the participants could eat whatever they wanted within a given window before resuming water fast. The researchers measured the differences in hormone levels by obtaining the blood sample data in the participants who followed IF against those who didn’t. Krista Varady and her team observed that the levels of sex-binding globulin hormone, a protein that carries reproductive hormones throughout the body, was unchanged in the participants after eight weeks, including other hormones like testosterone and estrogen.

However, dehydroepiandrosterone or DHEA, a hormone that fertility clinics prescribe to improve ovarian function and egg quality, was significantly lower in both pre and post-menopausal women at the end of the trial. It dropped by about 14%. “This suggests that in pre-menopausal women, the minor drop in DHEA levels has to be weighed against the proven fertility benefits of lower body mass,” Varady said. “The drop in DHEA levels in post-menopausal women could be concerning because menopause already causes a dramatic drop in estrogen, and DHEA is a primary component of estrogen. However, a survey of the participants reported no negative side effects associated with low estrogen post-menopause, such as sexual dysfunction or skin changes.” During the trial, women who undertook the “warrior diet” of IF experienced weight loss of 3% to 4% of their baseline weight. Varady concluded that more such studies of intermittent fasting and other fasting methods should be drawn, especially because negative information on IF reported has come from studies on mice and rats. “I think this is a great first step. We’ve observed thousands of pre and post-menopausal women through different alternate-day fasting and time-restricted eating strategies. All it’s doing is making people eat less. By shortening that eating window, you’re just naturally cutting calories. We need more studies to look at the effects of intermittent fasting on humans,” she added.