Obama says democracy at stake in US midterms 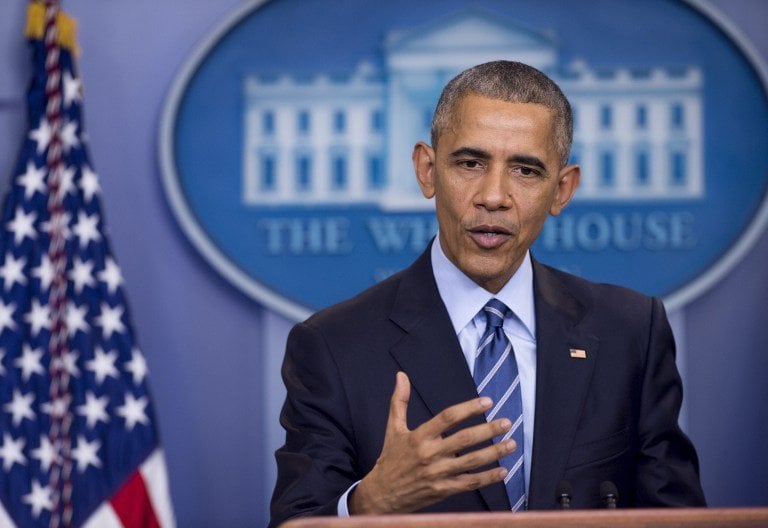 Former US president Barack Obama said Friday that democracy is at stake in next month’s midterm elections in the United States, as he hit his first stop on the campaign trail.

The Democratic power player, who remains a hugely popular figure in his party, told a boisterous rally in Georgia that everyone had to get out and vote to prevent election conspiracy theorists from getting their hands on the levers of power.

“It’s not enough to elect Democrats at the top of the ticket,” a fired-up Obama told the crowd in the suburbs of Atlanta.

“We need to elect good people up and down the ballot. Across the country, some of the folks who tried to undermine our democracy are running for offices that will oversee the next election.

“And if they win, there’s no telling what might happen.”

Obama, who has kept a relatively low profile since leaving office in 2017, was guest of honor at the rally in Georgia, where two extremely close contests, fueled by tens of millions of dollars, are captivating America.

Democrat Raphael Warnock, the first Black US senator elected in the southern state with a long history of segregation, is seeking re-election against Herschel Walker, a former American football star backed by Donald Trump.

The contest could well decide which party gets control of the US Senate — and the ability to advance or frustrate President Joe Biden’s agenda.

There is also a fierce battle for the governor’s office, where Republican Brian Kemp is up against influential Democratic figure Stacey Abrams.

As well as hammering the Republican Party on electoral integrity and the Trump-driven false claims that the 2020 presidential ballot was rigged, Obama also touched on abortion rights, which have been threatened since the Supreme Court overturned the long-standing Roe vs. Wade.

“Women everywhere should be able to control have a say in what happens with their own bodies,” he said.

“It shouldn’t be controversial to say that the most personal of healthcare choices should be made by a woman and her doctor. Not by a bunch of mostly male politicians.”

Americans have already begun voting in elections that will decide control of both houses of Congress, as well as who gets the governors’ mansions in dozens of states.

Hundreds of other positions at county and state level will also be decided in the November 8 polls.