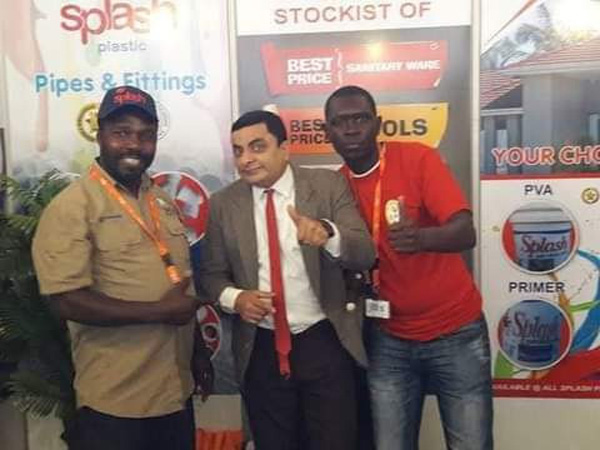 PERTH: Zimbabwe’s stunning defeat of Pakistan at cricket’s T20 World Cup gave them sweet revenge in a light-hearted feud over a Mr. Bean impersonator that went right to the top of both countries.

As the two sides prepared for their clash in Perth on Thursday, one Zimbabwe fan wanted not just victory but also payback for a perceived betrayal six years ago.

“As Zimbabweans we won’t forgive you… you once gave us that Fraud Pak Bean instead of Mr Bean Rowan (Atkinson),” tweeted user Ngugi Chasura in reply to a post by the Pakistan team’s official account.

“We will settle the matter tomorrow, just pray the rains will save you.”

Chasura was referring to Pakistani entertainer Asif Muhammad, who uses the stage name “Mr Pak Bean” to impersonate British actor-comedian Rowan Atkinson’s world-famous character. Muhammad was hired by a Zimbabwean firm to appear at an agriculture show in Harare in August 2016 — the act left Chasura unimpressed. His pre-match vow of revenge went viral, spawning jokes and memes on social media, even from Pakistani fans as their team fell apart chasing Zimbabwe’s modest 130 in Perth.

“Please forgive us, Zimbabwe,” tweeted one user. “We will send real Mr. Bean next time.” “I swear I won’t even utter the words ‘Fake Mr. Bean’ again,” said another. Images of the real Mr. Bean crying flooded Twitter timelines as the match — dubbed the “Bean Derby” by some on social media — swung away from Pakistan.

Even Zimbabwe President Emmerson Mnangagwa jumped in as he celebrated a famous victory.

“Next time, send the real Mr. Bean,” he tweeted.

“We may not have the real Mr. Bean, but we have real cricketing spirit (and) a funny habit of bouncing back,” replied Pakistan Prime Minister Shehbaz Sharif, congratulating Zimbabwe.

Pakistan’s shock loss means they have to win their remaining three group matches and hope other results go their way to stand any chance of making the semi-finals.