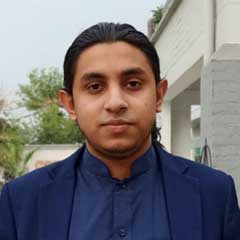 In the realm of policies, according to Mackinac Center, “public policy is best described as the broad area of government laws, regulations, court decisions, and local ordinances”. There is mostly the five-stage model that tends to be the most used throughout this globe for formulating and implementing policies. The five-stage model involves agenda-setting, followed by policy formulation, decision-making, policy implementation and lastly, policy evaluation by the policy actors.

Policy actors can be policymakers from administrative, judicial or political cadres. Members of NGOs can play their role as policy actors. Media officials also tend to be involved during some stages of the policy process. Academics can provide valuable insight through their prowess over a particular subject. Rarely, members of the general public may be part of the policy process. Some researchers believe good decision-making for a policy should include four steps.

In the first stage, the goal of public policy should be set. Afterwards, different strategies ought to be explored for that goal whilst also considering the repercussions of those very strategies. Finally, the most viable option for society is supposed to be opted. The decision that was taken should then be critically examined during policy evaluation. The ambition behind policy evaluation is not only to see if the policy has been a triumph or not. Araral rightly observes, “organizations and institutions can learn from the formal and informal evaluation of policies”.

Bi-partisanship of policymakers is the essence of good policymaking and can have a salutary effect on society.

As the dictator has the ultimate veto, he or she can take instant decisions. Albeit it is pertinent to mention here, those policies are mostly reversed as soon as a democratic form of governance is restored in a country. The public policy process for Monarchy may also be sometimes different as compared to democracy and dictatorship. Myriad challenges can thwart the effect of public policy. As data is the new oil, lack of data can pose as a deterrent, especially during policy formulation and evaluation.

Resource deficit can take a huge toll during the policy process whilst interest groups can also affect public policy for their motives. In Martini’s words, “interest groups are associations of individuals or organisations that on the basis of one or more shared concerns, attempts to influence public policy in its favour usually by lobbying members of the government”. The infamous “Sugar Mafia Scandal” shows the vested interests of people from upper strata of the society on policy making.

However, the positive role is sometimes also played by the interest groups during the policy process i.e., when social activists get involved in the process for better human rights policies. The impact of culture on public policies is most profound. If the culture of a society does not encourage certain behaviour, then policies cannot have their optimal impact. There are a few steps that may have a positive effect on the policy process. Firstly, the positive roles of the interest groups should be encouraged by the policy actors.

Public policies must not be omitted during regime change if those policies have a productive result. Institutions ought to be revamped as they can play a pivotal role during policy implementation. For the implementation of policies in both letter and spirit, public awareness is crucial. Bi-partisanship of policymakers is the essence of good policymaking and can have a salutary effect on society. Amidst the constant evolution of technology, policy evaluation should be done early in the case of technical policies.

Allocation of more resources for technology is the sine qua non as technology acts as a catalyst to collect data for policy making whilst also encouraging accountability. Media officials and intelligentsia may contribute by acting as watchdogs of society’s interest. Ensuring tax collection from all eligible individuals will increase the national resources that may be utilised during policy implementation. That being said, random sampling to get public opinion may also prove to be a valuable commodity when the policy is being formulated.

The writer can be emailed at mhamza252@hotmail.com