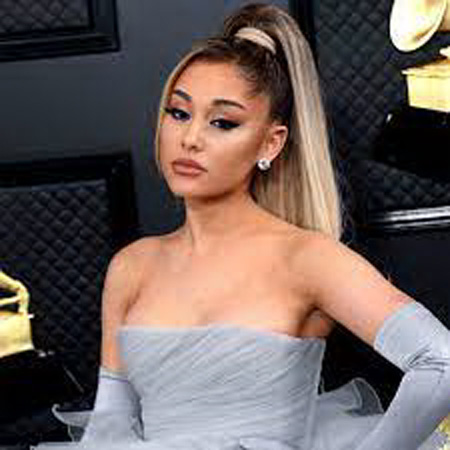 Ariana Grande is breaking free of her trademark brunette tresses.?The 29-year-old debuted a new blonde look in an Oct. 26 Instagram post of herself, with her newly lightened locks tied up in a classic ponytail. She cheekily captioned the pic, “New earrings.” ?”I’m obsessed,” one fan commented, with another adding, “My gasp!” Meanwhile, a third fan summed up the sentiment perfectly, writing that they “just shed a tear.” However, director Jon M. Chu, who is at the helm of the movie adaptation of the musical Wicked-of which Ariana will star as Glinda-did acknowledge her accessories, adding that her “earrings looks great!”?It’s worth noting that this isn’t the first time that Ariana-who was spotted filming in London last month-has sported a brand new ‘do for work. In fact, the Nickelodeon alum spent the early days of career rocking a notable bright red hair color. But all that would change when the singer eventually switched to both brunette and dark blonde looks throughout the past few years.

But Ariana isn’t the only one saying “thank you, next” to her old hairstyle.