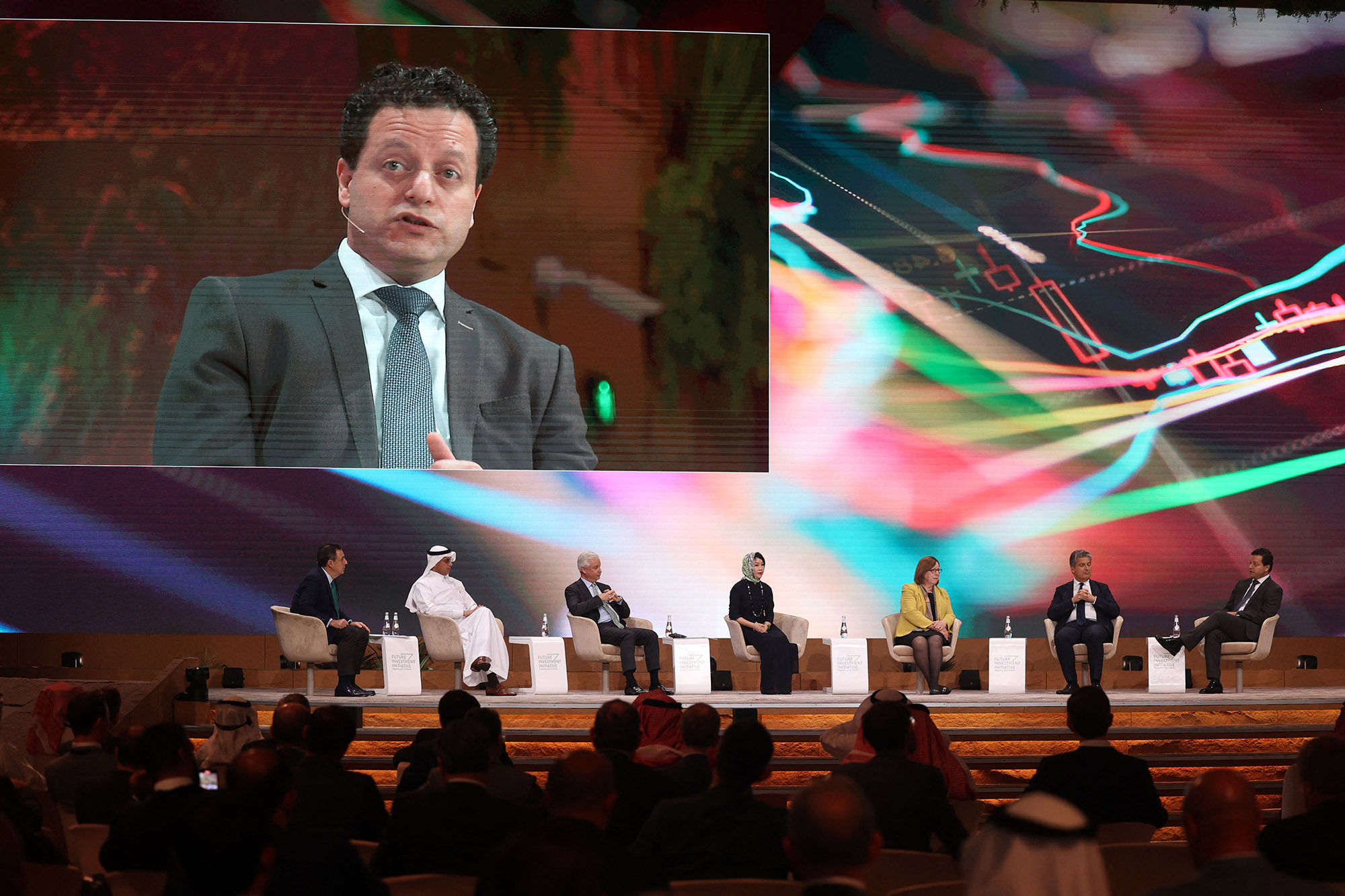 The head of an Israeli bank appeared at a Saudi investor forum Thursday and hailed “amazing” opportunities in the kingdom, a sign of the business world’s interest in seeing diplomatic ties between the former enemies.

Samer Haj-Yehia, the Arab-Israeli chairman of Bank Leumi since 2019, was addressing the Future Investment Initiative, a three-day conference held in the Saudi capital and often referred to as “Davos in the Desert”.

“The opportunities are amazing and the fintech industry in particular is on the rise,” he said during a panel discussion.

“You see the economy is very healthy, unlike other economies around the world, and the prospects for the future are very positive,” he added, highlighting strong access to capital in oil-rich Saudi and the young population’s adoption of “very advanced mobile technology”.

His comments follow rampant speculation about future bilateral ties between Saudi Arabia and Israel, which US officials stoked ahead of President Joe Biden’s visit to Jeddah in July.

Saudi Arabia does not recognise Israel and did not join the 2020 US-brokered Abraham Accords that saw the Jewish state establish ties with two of the kingdom’s neighbours, the United Arab Emirates and Bahrain.

Several Israeli journalists who hold foreign passports were able to visit Saudi Arabia both before and during Biden’s tour of the Middle East.

The Saudi civil aviation authority announced during that trip that it was lifting overflight restrictions on “all carriers”, paving the way for Israeli planes to use Saudi airspace.

But the Saudi foreign minister later said the move had “nothing to do” with Israel and was “not in any way a precursor to any further steps” towards normalisation.

Riyadh has repeatedly said it would stick to the decades-old Arab League position of not establishing official ties with Israel until the conflict with the Palestinians is resolved.

Thursday’s panel also featured the CEO of the Saudi EXIM Bank Group and bankers from the United States, France and elsewhere.

Afterwards, Haj-Yehia declined to answer journalists’ questions about how his bank might overcome the current hurdles Israeli firms face to doing business in the Saudi market.

He also declined to answer questions about the logistics of his travel and the passport he used.

His appearance was nevertheless “a further baby step towards increased but limited Saudi-Israeli interaction, cooperation and even commerce”, said Hussein Ibish of the Arab Gulf States Institute in Washington.

“The Israelis will take anything they can get from the Saudis,” he said. “And the Saudi government is effectively comfortable with anything that doesn’t create too much public controversy: limited steps, things that appear not to signal a major change in relations or policy. This is like that.”