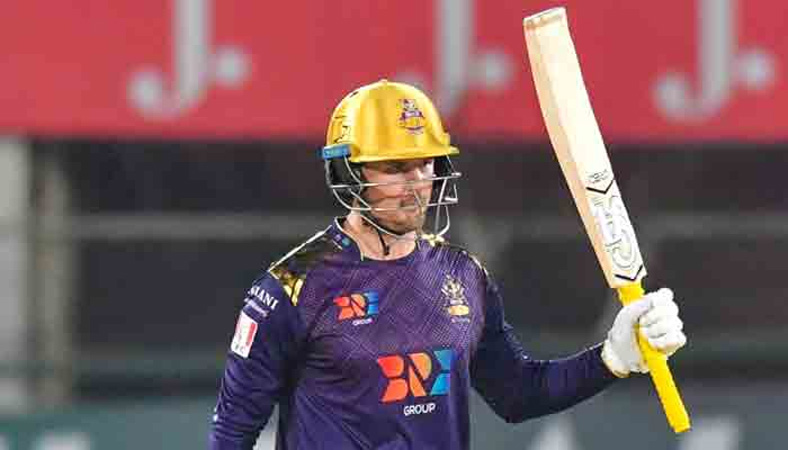 Jason Roy has been given a chance to revive his England career after being included in the squad announced Tuesday for next month’s one-day international series against Australia. Opening batsman Roy was dropped from the England squad currently competing in the T20 World Cup in Australia and removed from the list of centrally contracted players following a run of low scores at both international and domestic level. He endured an especially miserable time in The Hundred, averaging 8.5 over six innings for Oval Invincibles and making three ducks. The 32-year-old had previously been an integral part of England’s white-ball sides and featured in the XI that won the 2019 50-over World Cup final against New Zealand at Lord’s. Roy said last week he was “gutted” and “motivated to say the least” about his axing as he signalled his determination to regain his place. With England white-ball captain Jos Buttler batting down the order in ODIs and Jonny Bairstow injured, Roy could now open alongside Phil Salt in the three-match series against Australia that starts in Adelaide on November 17, just four days after the scheduled T20 World Cup final. England have also recalled Sam Billings, James Vince and Olly Stone while Luke Wood, uncapped at ODI level, has also been drafted into a group containing nine members of England’s T20 World Cup squad.