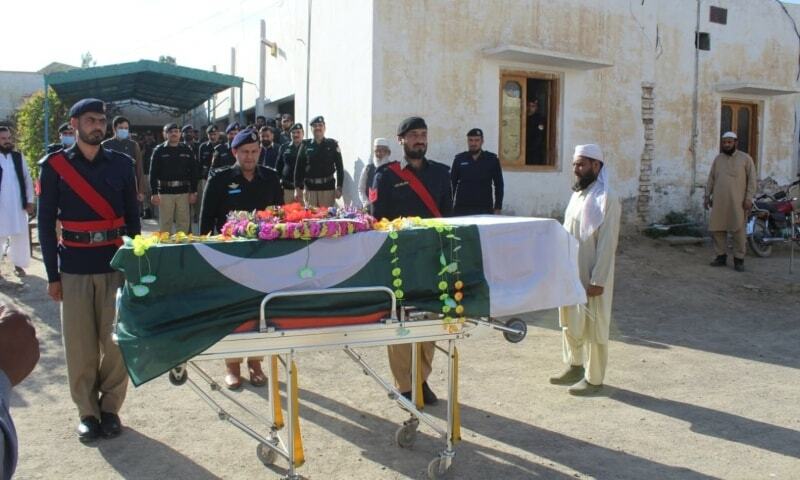 On Tuesday, a policeman was martyred in a firing incident on a polio team in District Pishin in Balochistan.

According to the details, a polio team came under the hail of fire opened by the terrorists in Pishin. Police official Muhammad Hashim who was performing security duty at the time was hit by the bullet and died.

However, the polio drive volunteers remained unharmed during the firing incident.

Pishin Deputy Commissioner Dr Yasir Khan Bazai took notice of the firing incident on the polio team and ordered the further tightening of the security of the volunteers.

The assailants who attacked the team were on a motorbike. The security personnel cordoned off the area after the incident.

Hundreds of polio workers and security officials providing security to them have been killed by militants who claim vaccination programmes are part of a Western plot to sterilize Muslims.

Pakistan and neighbouring Afghanistan are the only countries where polio remains endemic, but vaccination teams have been targeted for years by the militants in both countries.

Moreover, the UAE Pakistan Assistance Programme (UAE PAP) has announced the results of the UAE polio vaccination campaign carried out in Pakistan from 2014 to the end of September 2022, highlighting that the campaign succeeded in administering 647,758,365 doses of vaccination against polio in nine years in Pakistan.

The move follows the directives of President UAE Sheikh Mohamed bin Zayed Al Nahyan, and the follow-up of Sheikh Mansour bin Zayed Al Nahyan, Deputy Prime Minister and Minister of the Presidential Court, to offer humanitarian and development aid to Pakistan, support its health sector and launch-related prevention programmes in the country.

In 2014, the campaign targeted 3 million children, bringing the number to 17 million children per month during 2022. Since 2011, Sheikh Mohamed donated US $376 million to humanitarian and charity efforts aimed at providing vaccines and financing polio eradication campaigns, most notably in countries targeted by his initiative, which are Pakistan and Afghanistan.

During the challenges posed by the coronavirus pandemic, the UAE Polio Vaccination Campaign managed to provide 192,181,646 doses of the vaccine from July 2020 until September 2022.